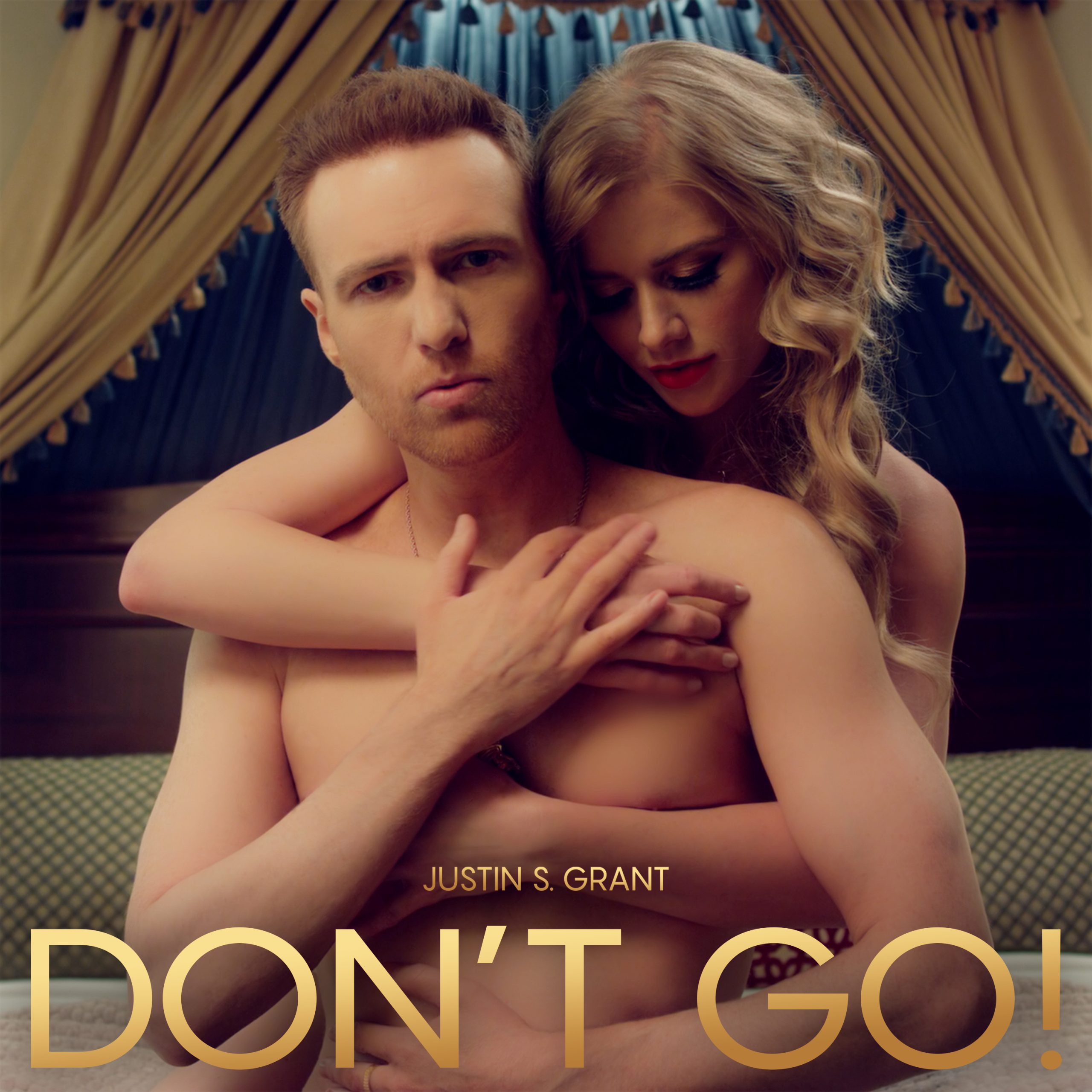 The extraordinary visuals captured for “Don’t Go!” are a match made in heaven in terms of imagery with the song, translating the elegant, sensual, even erotic feel of the single unto screen. Justin S. Grant and his beloved can be seen in a grandiose hotel suite wearing the bear minimum, surrounded by luxurious French belle epoque furniture. Justin’s lover is also wearing the most sophisticated lingerie while the two gently caress and intertwin in a slow and melancholic dance of the bodies. A majestic production, both sonically and visually, Grant’s “Don’t Go!” is set to act as a magnet of attention thanks to its quality, special vibe and masterful execution by the artist.

This romantic ballad showcases Justin S. Grant’s strong penchant for experimental pop, as well as his restless energetic nature in constant search for innovative ideas. The Santa Barbara, California native has earned a Bachelor of Arts in Creative Writing and studied world religions before traveling​ to the Himalayas in India/Nepal where he deepened his love of sacred music and meditation.

In parallel, Justin S. Grant has founded an IT consultancy in Los Angeles, acquiring broad experience in the business sector. As an author, His best-selling book, Business & Spirituality ~ Secrets of Personal, Professional, & Planetary Evolution, offers a pragmatic path for truth seekers in the global era.

Promoting passionate feelings of endless longing, “Don’t Go!” is a declaration of love put into sounds, released alongside visuals that could have easily been used for a Hollywood film’s romantic scene.

The moving finale is hauntingly beautiful while the song’s overall feel and message will undoubtedly resonate with the masses.

Debuting his career with the single and music video “Don’t Go!” paves the way for a resounding success in 2021.