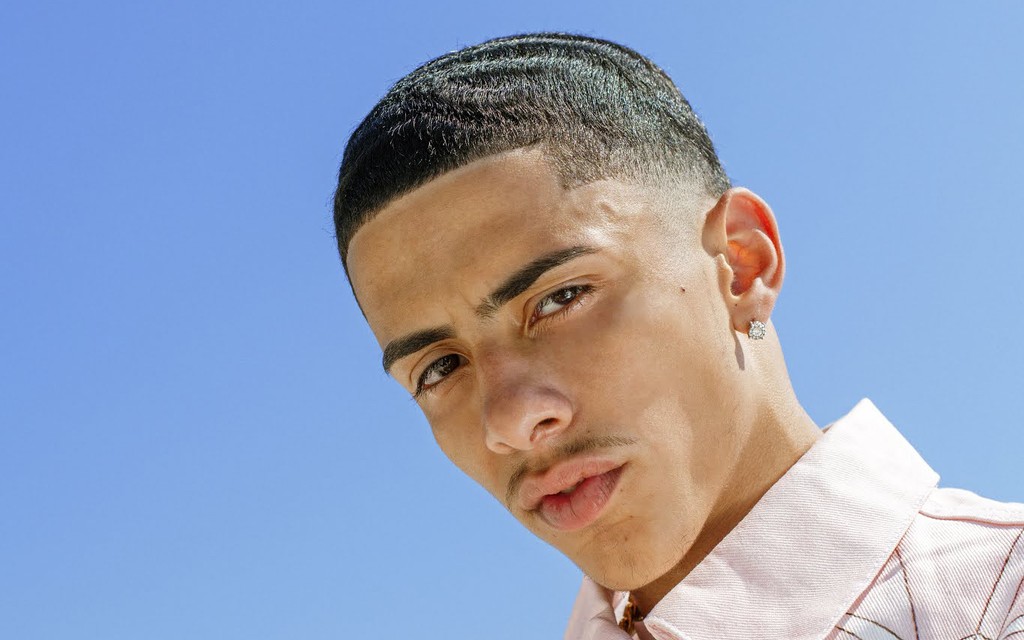 All eyes are on J.I The Prince of N.Y. Hailing from the Crown Heights area of Brooklyn, the fresh, up and coming artist is taking the music industry by storm. You may recognize his melodic rapping on “Spanglish” with Myke Towers or his infections rhymes on his debut single, “Need Me.” Maybe it was his undeniable confidence as a contestant on the second season of Jermaine Dupri’s Rap Game competition. Either way, one thing’s for sure: the emerging artist has his sight set on having a promising future in the ever-evolving and cash-reeling genre of hip-hop.
After experiencing a low moment in his career, the 18-year-old decided to take a hiatus from the music industry to regroup and readjust is goals and vision. “I was very impatient at the beginning of my career,” he shares with NUEVO. “I had to go through certain things to humble myself and learn more about myself, and I am still learning.” Since his decision to dust himself off and reemerge as the solo artist he has always dreamed of becoming, J.I has released 12 music videos, 2 EPs (including his latest effort Welcome To G Starr Vol. 1), and 2 mixtapes in a span of over 2 years. “Need Me” has climbed past the 89 million stream mark while his other singles “Love Scars” and “Proud of Me” have tallied over 300 million streams on Spotify.
Now, the Puerto Rican artist has more reason to celebrate his accomplishments. Spotify has tapped J.I as the next U.S. artist featured in the streaming platform and RADAR’s global emerging artist program. This go-round, he’s featured in a new mini-documentary series where he shares his story in his own words. “I am grateful for the Spotify opportunity as they have presented my first billboard in Times Square, being on different playlists and my own documentary to share my story. This is a dream come true.”
Despite the restrictions of today’s global pandemic, J.I and Spotify were able to successfully film the mini-film, a new experience for the artist. “It was my first time and a bit different, but we made it with a lot of love,” he adds about shooting his documentary. “I had an amazing time and I am very grateful for the opportunity.” He adds: “I am blessed for their support as I am continuing to work on my craft and I look forward to the ongoing growth that I am developing.”
In the nearly 6-minute documentary, J.I walks fans and viewers through his neighborhood while sharing the ups and downs of his ambitious journey to stardom. Fans get to watch one of his monumental, career moments: performing in front of a sold-out crowd at NYC’s SOBs.  “I miss being around my fans and interacting with them on stage. I can’t wait to get back because I know the energy is going to be at its highest.” He adds, “Every time I go back to where I grew up it keeps me grounded and I stay true to being from New York anywhere I go.”
Watch the documentary, Spotify x RADAR Presents: J.I the Prince of N.Y, above. His new EP, Welcome To G Starr Vol. 1, is now streamable on Spotify.