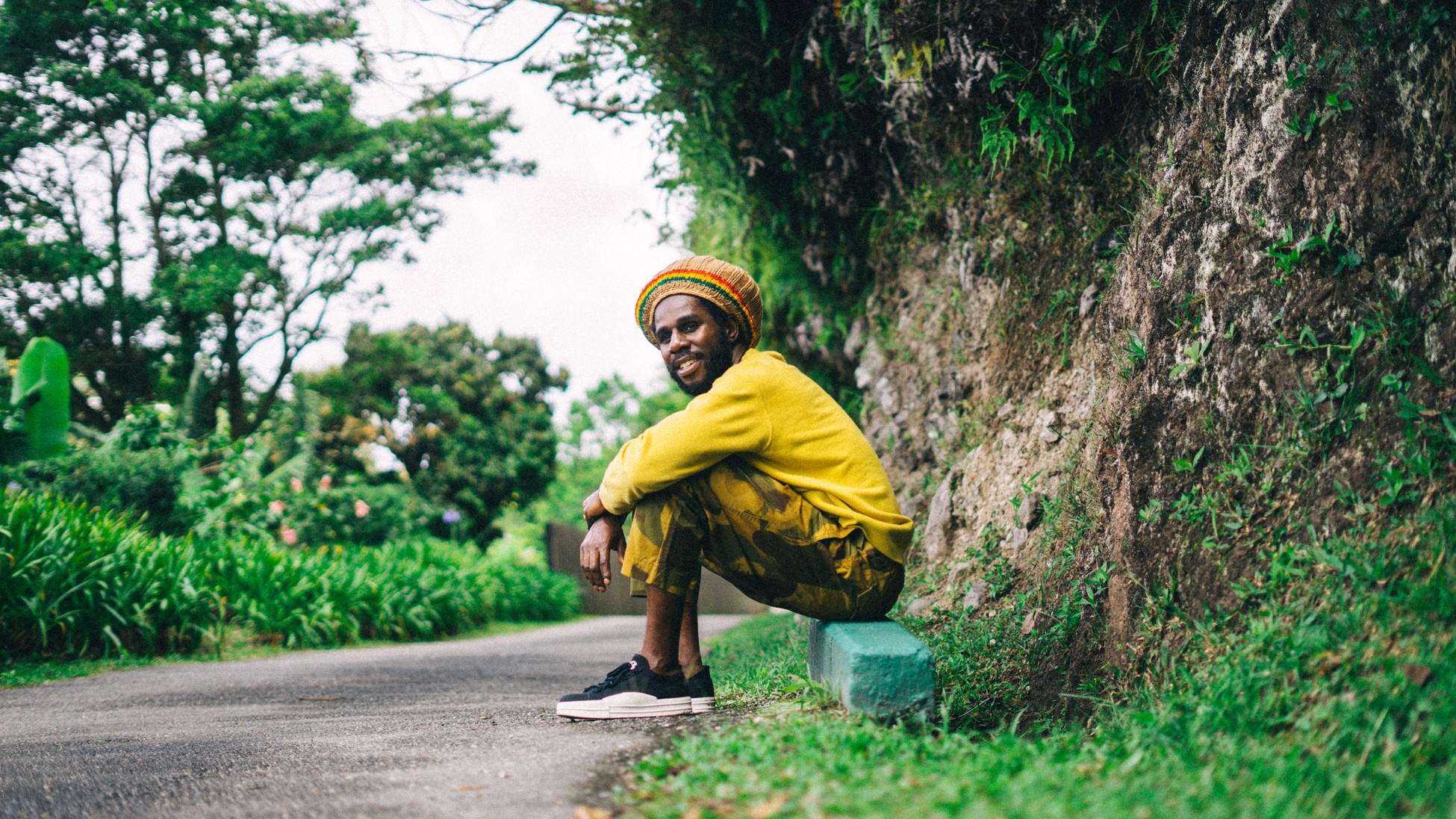 “‘Same Prayer’ is, in part, a prayer for the younger generation to reflect on internally.”

Do not be deceived by the gorgeous vistas of Jamaican mountainscape displayed in the visuals for Chronixx’s “Same Prayer.”

The subtly crafted song is more concerned with navigating the treacherous terrain of humanity’s inner landscape than enjoying the view outside. And it’s definitely not all zen, yoga, and spirulina. “There’s so much good in the world,” Chronixx sings, “and still evil a lurk.” The song finds him beseeching the Almighty (Jah) to protect him and his loved ones (I and I) “from the ones who nuh care ’bout the fact we share the same air / and the blood that we bleed is alike.” In other words, it’s a song for this exact moment—when people are dying every day and nobody seems to have the answers. A time when we all do what we need to do. Seen? By the end of the third verse, Chronixx is left crying a river of tears and hoping Jah Jah hears. Then it’s time to touch the road—”Tuck it inna me waist and start up the bike.” Today Boomshots and NUEVO proudly premiere the official visuals for “Same Prayer.”

This is the second song we’ve heard from Dela Splash, the follow-up to Chronixx’s Grammy-nominated debut Chronology. Where “Dela Move” explored fast-forward flows and trap-influenced drum patterns, the newly released Zion I Kings–produced track is grounded within the ancient traditions of the Niyabinghi order.

Judging by the first fruits of Chronixx’s labor, the sonic palette of the new album will be diverse and the mindset noticeably hardened. Sorta like when 3 Feet High & Rising gave way to De La Soul Is Dead. While any similarities between the Long Island rap trio De La Soul and Jamar McNaughton’s beloved De La Vega City may be coincidental, both artists are attuned to Da Inner Sound Y’all.

“‘Same Prayer’ is, in part, a prayer for the younger generation to reflect on internally,” Chronixx explains to Boomshots. “It’s also a reminder that there is a greater power directing things in the physical space.” On the timeless tune “Exodus,” Bob Marley challenged listeners to “open your eyes and look within.” Chronixx approaches his latest release with similar introspection: “Instead of looking for solutions in our material lives,” he advises, “we can both reach out to this higher power and look deep within ourselves.”

The Chron Dada is joined on this one by longtime sparring partner Kabaka Pyramid. “It seems only a divine Power can help humanity at this point,” says Kabaka. “This song is a call to reach deeply within oneself to find that Power, and ask It to guide and protect against the unknown elements along the way. So many things happening in realms that we are not yet able to perceive with our limited senses. Until we reach that stage we must trust the process with faith and determination.”

The creative chemistry between these two artists is bubbling as usual, although Kabaka is better known for rattling off bar after bar of deadly wordplay, “Same Prayer” finds him in a more melodic mood. “Give thanks for this work of art Chronixx,” he says, “I’m glad to lend some smooth vocals to it 😅” Don’t get it misconstrued though, Kabaka’s lyrics are as accurate as ever. When he declares himself to be “confident in the victory,” he’s quoting Haile Selassie I by way of Bob Marley’s classic anti-racist anthem “War.”

Kabaka first met Chronixx in April 2011 while celebrating his earthstrong (Rasta slang for “birthday”) at Protoje’s house in Kingston. “At the time I was recording my first reggae EP Rebel Music,” Kabaka recalls, “and Protoje had given me some beats produced by Chronixx and Teflon (Zincfence). Our mutual respect was instant and still remains years later.” Since then the pair have given us memorable musical moments like “Mi Alright” and “Blessed is the Man.”

“It’s always a joy to collaborate with Chronman because he’s simply a genius in the studio,” says Kabaka. “Everything he does somehow just works. On ‘Same Prayer’ I wrote my verse and he recorded and coached my vocals at Skyline Levels studio. You can give him a lot of the credit for the sweet vocals I delivered—haha.”