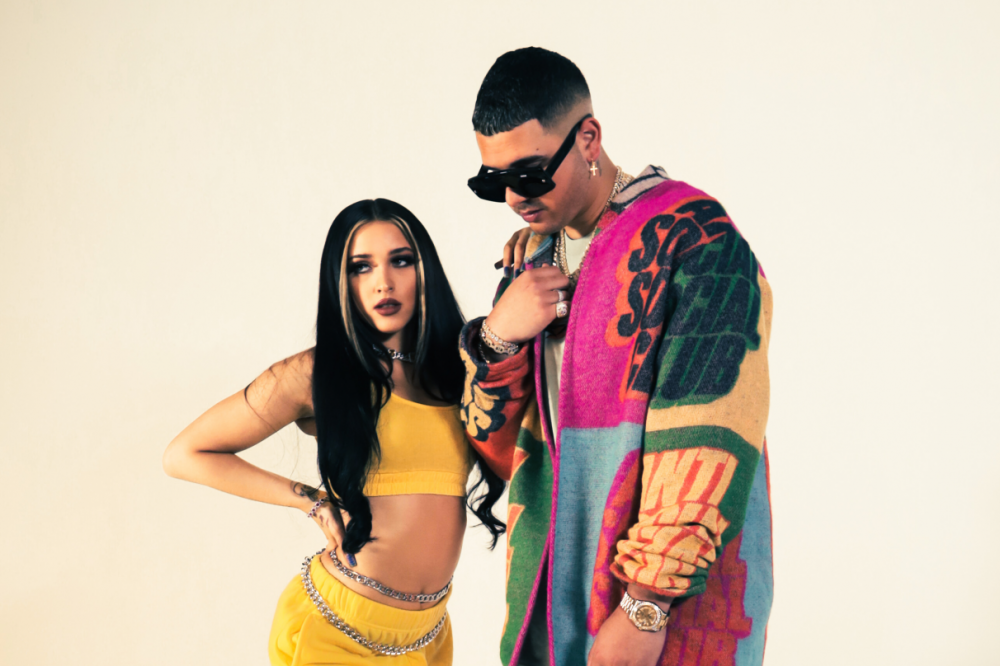 After more than a year indoors, we’re all set to upgrade from a perreito to a perreote. While we have a mounting back-catalogue of songs that still need to be blasted at the club, the post-vaccine era has not fallen short of delivering summer bangers—and Mariah and Cauty’s latest, “Wiki Wiki,” is no exception.

Known for his futuristically nostalgic reggaetón productions, Cauty links up with the self-proclaimed “tóxica” here after wanting to collaborate for some time, the puertorriqueño told Remezcla in a statement. Enter “Wiki Wiki,” the old school reggaetón track embellished with sudden and impactful tempo and genre switch ups that create a chaotically controlled sonic journey.

“This song empowers women; in this case, Mariah,” he explains. “I’m with her and we’re looking at a man who betrayed her.” Written and produced by the “Ta’ To’ Gucci” singer, Cauty takes on more of an omnipresent narrator role on “Wiki Wiki,” while Mariah flexes her bad bitch attitude as she scoffs at a past lover. “And you with your group of ugly girls, now you’ll see how someone else grinds on me,” she croons in Spanish in her signature bratty and ferocious character. The line captures the song’s entire premise: this is a song you want others to watch you dance to. Watch the video premiere below:

Both Cauty and Mariah team up after a slew of collabs that positioned them as emerging purveyors of the new generation of artists in urbano or el movimiento. The “Perreito” singer has been working on a series of high profile collaborations for the last year, including Karol G’s “El Makinon” and Anuel AA’s “Bandido,” as she slowly leads to her next EP. Cauty, on the other hand, comes with a roster of famous features as well, including the likes of Guaynaa, Lola Indigo and Arcangel.

“Wiki Wiki” is for inaugurating those hot, sweaty club nights that end in a darker, more private part of the premises. It also foreshadows Cauty’s soon to be released full record. “This song is super important for me, given that it’s the first track off my album Infravalorado,” he shares. “I hope you like it y se la vacilen.”