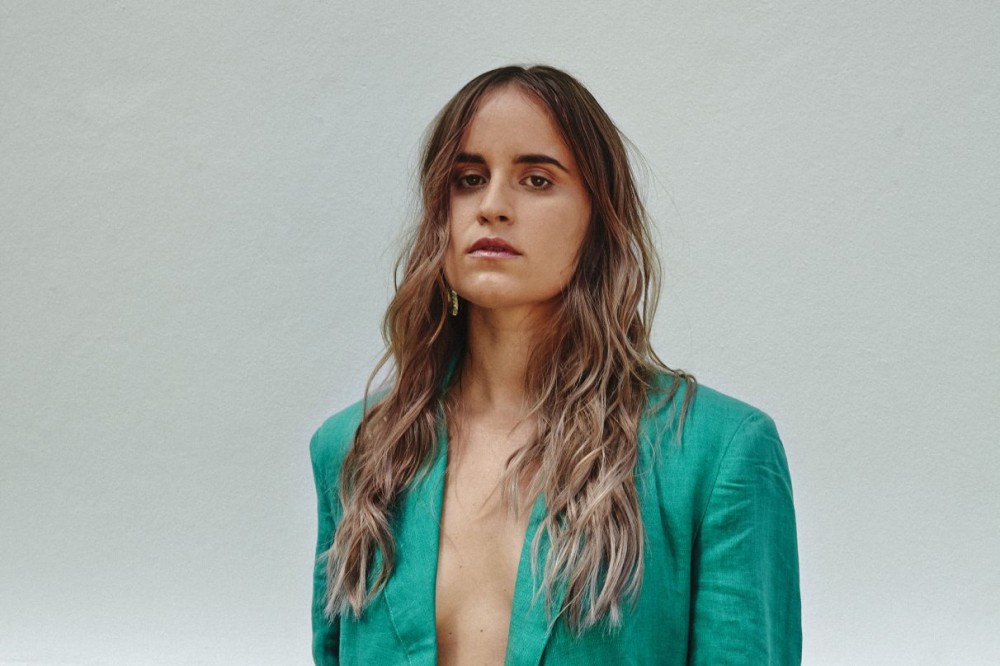 An obstacle in the pursuit of love is often the denial of when something has gone awry. So often, lovers choose to look away or ignore their own gut feelings out of fear of confirming the deception. In cases of gendered violence, whether physical or emotional, denial is often about survival. juliana’s gut wrenching new song “YA NI SECRETO,” and its raw visuals, are precisely about no longer looking away.

“This song allowed me to vent. It comes from a place of introspection. It was part of my process to look at myself and question the stories I tell myself” the singer tells Remezcla.

juliana’s guttural yet mesmerizing voice makes her one of the fresh new voices coming out of Puerto Rico. Working with producers Héctor Mayoral (Modestti) and Manuel Mendoza Sánchez, the experimental song mixes drum rhythms from her island with electronic sounds, and eerie whispers to create a minimalist sound.

“It is so important to me to do this with a deep sense of respect for music that precedes me,” juliana says. “Growing up in a place with such a profound connection to its music, I want my contribution to reflect a sense of respect and awe to Puerto Rico’s musical heritage.”

While the lyrics are about confronting one’s own truths in a poetic way, the video, directed by Oswaldo Colón Ortiz adds another layer that alludes to women’s struggles. It features choreography by Paulina Pagán Picó that at times looks like classic ballet, and in other instances like ritual moves that serve as release or despojo. Watch the premiere below:

“YA NI SECRETO” is haunting and with it, juliana is beginning to mark her place in the pantheon of Latin American women making experimental music that hits a social never. When she sings “lo que no te quise decir, destapado, me come por dentro pues el silencio ya cedió,” (“What I didn’t want to say, uncovered, eats me inside because the silence has ended”), she professes that while it hurts, she gave up the ruse. As the feminist movement in the region continues to have watershed moments, it’s a statement that also seems true of the times we’re in.