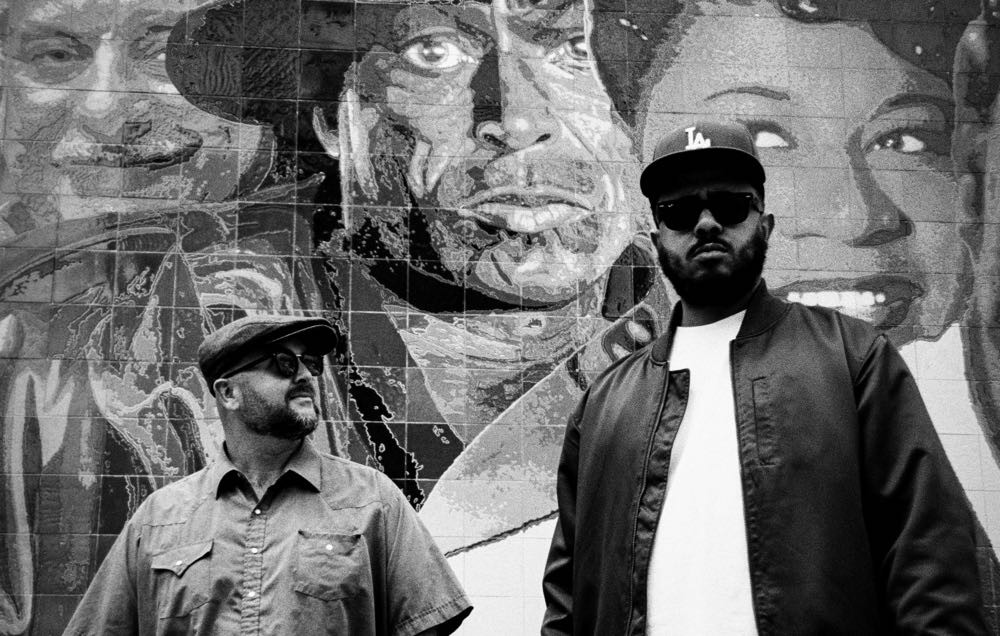 It’s been eight long years since Blu and Exile released a full length album. Having linked in the mid-aughts to glorious underground fan fare with their 2007 debut, Below The Heavens, the fellas staked claim to soulscapes with jazz infused inspiration tracks. Exile laced the sounds and Blu provided the heart of an ascending lyrical mastermind of thought. In 2012, their second album, Give Me My Flowers While I Can Smell Them, showed that Blu (the ever media elusive MC) hadn’t lost a step in their hiatus and Exile stepped his production style up to incorporate even more feeling to his tracks.

Now with their upcoming third and most recent collaboration, Miles: From An Interlude Called Life, on the horizon, they are displaying a rare air that MCs and producers hit when they’ve been working together forever and the chemistry is fluid like water. The project’s “Miles” single and video captures just a glimpse of this amazing double disc album (that would be two CDs or compact discs for you youngn’s out there).

On the album which drops in mid-July, Blu has hit mastery level with the introspective rhymes of Black excellence, especially in these times of Black Lives Mattering more. He gives light to the people that have provided us with entertainment an enlightenment through the ages. It’s really a love letter to the essence of Black excellence and existence.

Peep the “Miles” video above and then listen to the ode to our greats “Roots of Blu” below to understand their mode fully.