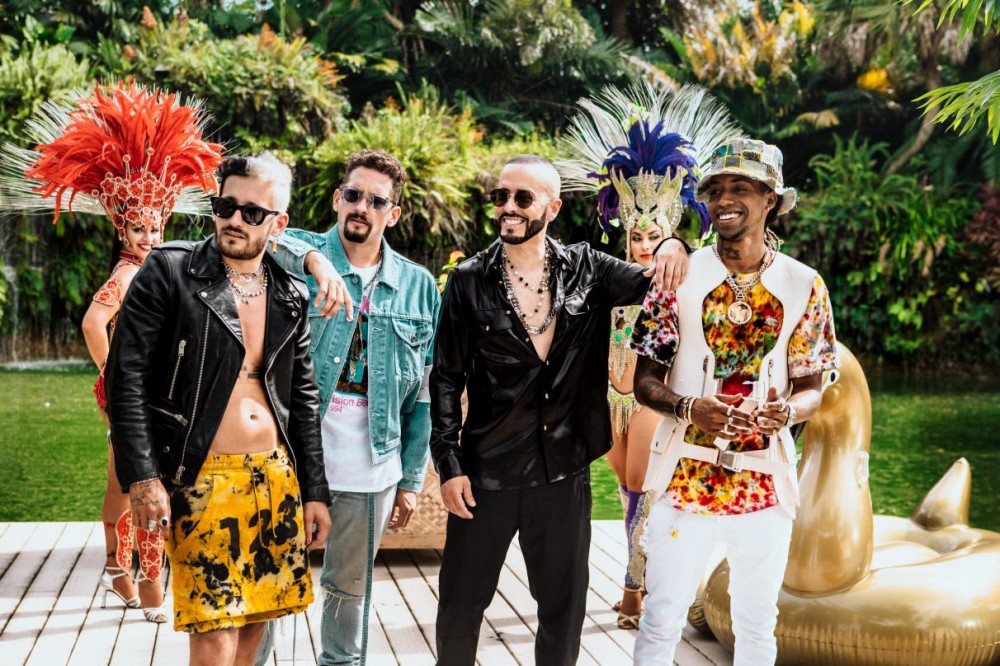 Amenazzy revisits his hit “Calmarme” in this new version. “Calmarme II” packs more of a punch than the original. This time, the Dominican singer puts on a party in Miami with his squad in the music video, which premieres below at Remezcla.

Amenazzy experienced a career breakthrough earlier this year with the “Jalapeño” remix featuring Wiz Khalifa and Myke Towers. Before that, he dropped “Calmarme” in April as a solo release. Now the song is back with Puerto Rican OG Yandel and Venezuelan brother duo Mau y Ricky in the mix.

Amenazzy’s refreshing voice remains the anchor of the collaboration. Mau y Ricky add their playful touch to the song while Yandel comes through with a hyped-up guest verse. This updated version lives up to its name with plenty of good vibes to go around.

Outside of “Calmarme II,” Yandel returned to music this year with the collaboration-stacked Quien Contra Mí 2 album. Meanwhile, Mau y Ricky are gearing up to release their second album Rifresh later this month.