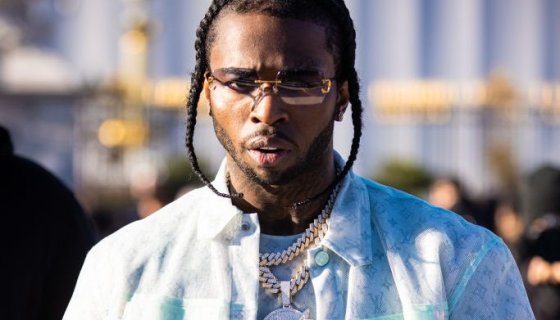 That took entirely too long. Five people have been arrested over the death of beloved Brooklyn rapper Pop Smoke.

Today (July 9), the Los Angeles Police Department announced that three adult males and two juveniles got pinched for the February 19 murder of Pop Smoke. Born Bashar Jackson, he was staying in a Hollywood Hills home where .

In , four men are described as creeping up on the Hollywood Hills crib of the “Dior” rapper around 4:30 in the morning. The four reportedly snuck into the back and after a couple of minutes, only three of them walked back up to the front of the home by the side, while the fourth seems to have walked in the backdoor (but there was no camera in that area). That fourth man isn’t seen again until he walks out of the home’s front door.

Pop Smoke was just 20 and his by the medical exminer. Reportedly it was a robbery, but was not much was taken from the home. An Instagram post of his shortly before had revealed the home’s address, leading to speculation that he was targeted.

At the time of his death, Pop Smoke had just released his Meet The Woo 2 mixtape. This past Friday (July 3), his posthumous album Shoot For The Stars, Aim For The Moon was released to critical acclaim.

Hopefully Pop Smoke’s family, friends and fans can start getting the justice they deserve. At this moment, no charges have been announced.