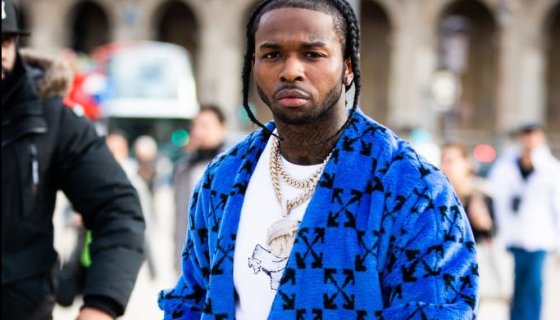 Even though he is no longer with us in the physical we have yet to get the entire story. It is now being reported that the law was pressing him for insider information.

As spotted on The New York Post the Brooklyn rapper was apparently under heavy surveillance months leading up to his untimely death. The story says he first landed on NYPD’s radar when he was busted in December 2019 for possessing a $375,000 dollar Rolls Royce Wraith. This arrest prompted the local gang unit to seek him out for some further questioning.

Pop is said to be seen fleeing from a non fatal shooting in Canarsie, Brooklyn in June 2019. The detective on the case claims they have footage of his car driving in reverse from the scene. Not only was he questioned about the shooting but he was also asked about if he had any information he could provide law enforcement regarding the 823 Crips.

But his lawyer Peter Frankel confirms that he kept things short with the police. “Any conversation with Pop about cooperation was a very short one. It’s something he would never entertain doing” he said. Unfortunately the Rolls Royce in question belongs to a gentleman in California. Originally he was hit with six charges from New York State but an additional federal charge came in January 2020. “They hoped the force of the federal indictment would persuade him to cooperate — meet and speak with them,” Frankel said.