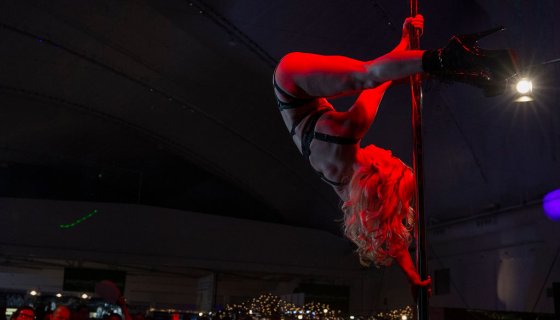 As the world continues to hunker down in an effort to avoid ; some folks are making lemonade out of lemons. One business has taken an old school approach to getting their customers a thrill.

The Review Journal is reporting that one strip club in Las Vegas has pivoted to still provide their raunchy services even in the face of the . According to the article the jiggle joint is offering patrons drive through strip shows for those who do not want to take their chances by stepping inside the establishment.

Ryan Carlson, Director Of Operations for Little Darlings, detailed the initiative during an interview with the publication. “We’re going to offer drive-up window strip shows,” he explained. “Guests can drive up to the front door and we’re going to have dancers separate by the 6-foot separation rule and they can enjoy a totally nude show right from the seat of their car.”

But while this new offer sounds like it could be a best selling option Carlson feels that inside the club will continue to see all action. “As funny as it sounds, Little Darlings has been around for 30 years and we pretty much sell out almost every night of the week,” he revealed. “It probably won’t be any busier than normal because, as I said, we kind of reach capacity every night anyway.”

The drive through show will run you $100 dollars for a 10 minutes. If that isn’t enough you can watch a hand sanitizer wrestling matches if you really about that creep daddy life.