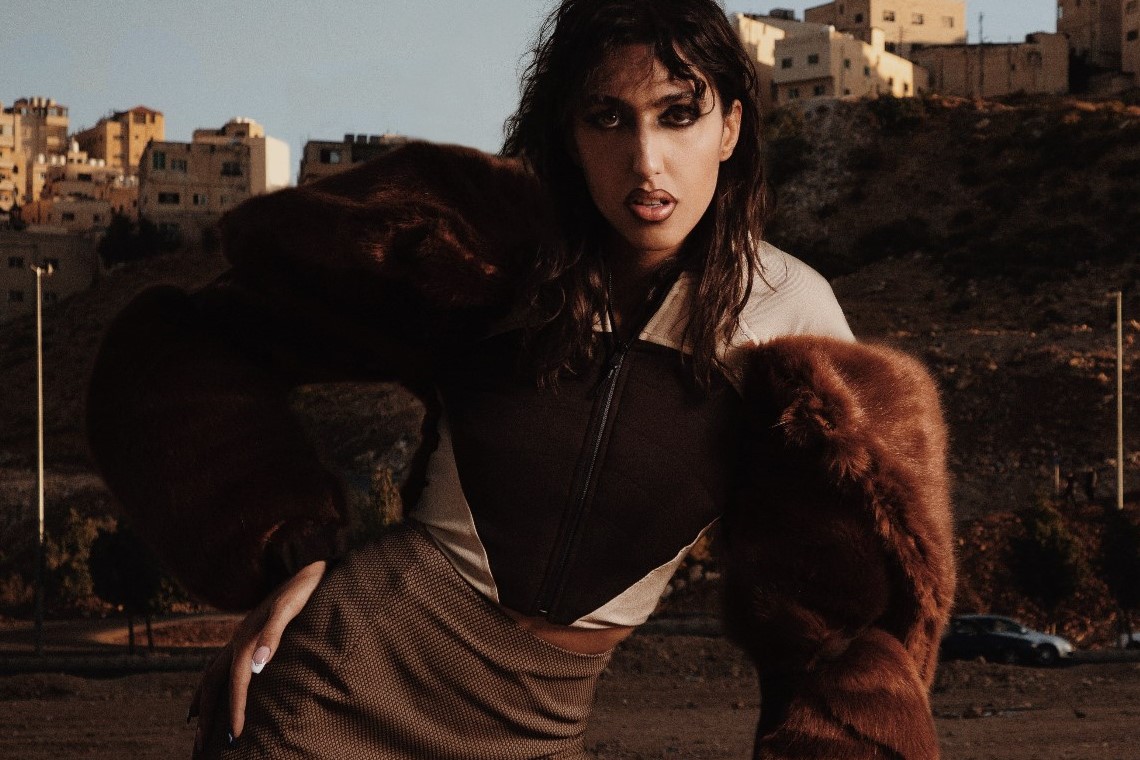 On the International Day of Solidarity with the Palestinian People, we spotlight some of the region’s most exciting up-and-coming creatives

Earlier this year, as the colonialist state Israel continued to impose violence and persistent ethnic cleansing on the Palestinian people, a young designer got in touch with Dazed, asking for help. After years of diligent study, forging collections from scrap nails, inspired by the ways in which Palestinians camouflage themselves against Israeli soldiers, Ayham Hassan landed a place on the prestigious fashion course at Central Saint Martins – only, he couldn’t afford to go. Thankfully, hundreds flocked to his GoFundMe to cover the costs of relocating, and Hassan made it to CSM.

Despite, and perhaps in spite, of the systematic oppression of Palestinians, a hive of fashion activity is emerging from the region. From the nöl collective, to Hannah Hamam, and Hazar Jawarba, Palestinian designers are using fashion as a way to both honour and exorcise their experience of life under occupation. And it has begun to traverse borders.

In the crush of lockdown, tRASHY CLOTHING launched the world’s inaugural Cyber Fashion Week, which, for the first time, positioned Palestine as a global fashion capital, bringing together creatives from Hong Kong, New York, London, Iran, and Jordan. “The internet has connected the creative youth and made it possible to collaborate on all our ideas,” says tRASHY co-directors Omar Braika and Shukri Lawrence. “As Palestinian designers, we find our own ways to adapt and navigate operating a brand in and out of Palestine. The fashion in Palestine is poetic, political, unapologetic, and is another form of resistance.”

Much like any other creative pursuit, the Israeli occupation of Palestine makes it near impossible to pursue fashion, meaning young designers are being driven out of the region – Brakia and Lawrence have been forced to operate from Jordan in order to sustain the label.

“We’re constantly adapting and creating our own ecosystems based on what is accessible to us,” they say. “For instance, when shipping orders into Palestine there are certain ways we package them as Israeli shipping companies confiscate items that they consider to be ‘political’, including any prints and symbols that represent Palestine. With so many obstacles such as separation walls, racist shipping companies, and censorship, the scene is still growing.” Still, the duo are careful to stress that there is a new wave of creative talent “breaking boundaries and introducing new visions to the scene in the region.”

On the International Day of Solidarity with the Palestinian People, we shine a light on six blossoming brands from Palestinian designers. Flick through the gallery below to see who should be on your radar.