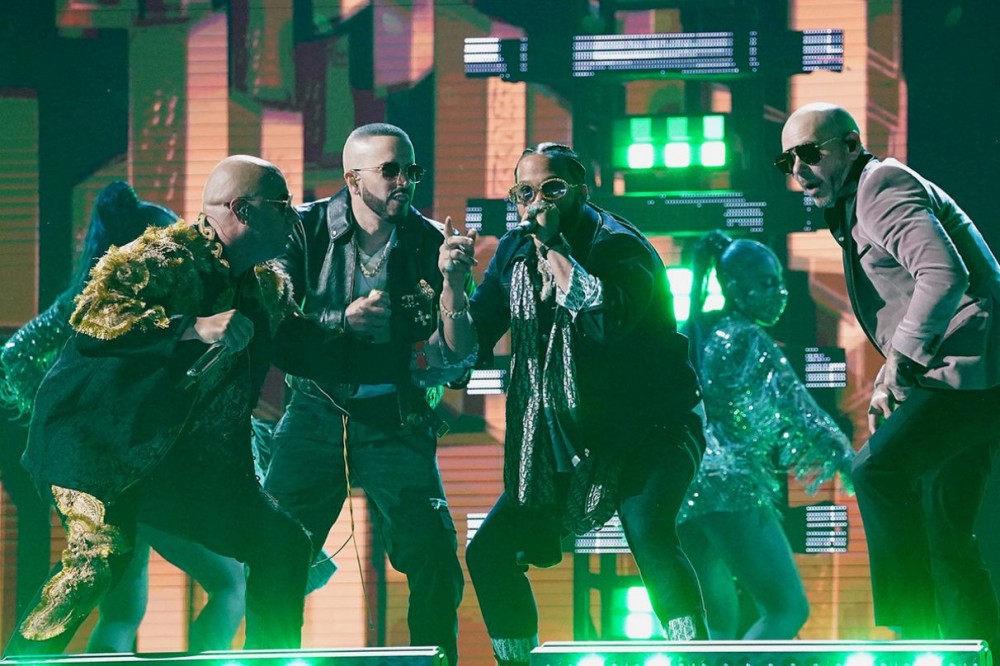 The Billboard Latin Music Awards last night (Oct. 21) honored the legends of Latin music, while also highlighting its rising stars. That was reflected in the night’s top winners, Daddy Yankee and Bad Bunny, who tied with seven awards each.

Like the rest of award season in the time of COVID-19, it was a socially-distant event. The crowd was sparsely made up of the night’s nominated artists. They were spaced out with their teams, while wearing the masks. Even the podiums were spaced out. When Daddy Yankee and Luis Fonsi accepted the Song of the Decade award for “Despacito,” they were thanking each other from six feet apart.

The King of Bachata Romeo Santos was honored with an award for the top-selling Latin album of the past decade for 2014’s Formula, Vol. 2. Spanish superstar Enrique Iglesias received the Top Latin Artist of All-Time award for his achievements on Billboard’s Hot Latin Songs and Top Latin Albums charts. Colombian icon Carlos Vives was inducted into the Billboard Latin Music Awards Hall of Fame and Mexican songwriting legend Armando Manzanero received a lifetime achievement award.

Even though Bad Bunny was noticeably absent, the next generation of Latin music stars also had their shine during the awards like Panamanian singer Sech, Dominican rapper El Alfa, and Colombian artist Manuel Turizo. Here’s five of our favorite moments from last night’s Billboard Latin Music Awards.

Colombian superstar Maluma was tasked with opening the award show. He performed the biggest Latin song in the world right now, “Hawái,” while laying on top of a piano. After that dramatic intro, the song picked up and Maluma sang it in a glow of neon lights. His performance had a Miami Vice vibe.

Later in the show, he received the Spirit of Hope award for his El Arte de Los Sueños foundation that helps children in need in Colombia.

Another one of the biggest Latin songs in the world right now is Sech’s “Relación.” It’s making rounds thanks to the remix with Daddy Yankee, J Balvin, Rosalía, and Farruko, but he proved he can handle the heartache anthem on his own. Sech performed the solo version backed by a gospel choir. He took the Billboard Latin Music Awards to church. Sech later won the award for New Artist of the Year.

In a surprise move, the trio brought out Dominican rapper El Alfa, who added his dembow edge to the new version.The remix was released shortly after the show. For their work together, Wisin y Yandel took home two awards.

The next generation of Latin music stars closed out the show. Colombian singer Manuel Turizo teamed up with Rauw Alejandro, who is leading the Latin R&B movement, and Puerto Rican rapper on the rise Myke Towers. For the first time, they performed their super collaboration “La Nota” live together. The three Latinx heartthrobs had the socially-distanced crowd screaming for them. Turizo also closed out the red carpet pre-show with a performance of the soulful “Quiéreme Mientras Se Pueda.”