Pioneer DJ has released a new app for DJs looking to record sets on their iPhone or iPad. DJM-REC allows anyone using one the company’s compatible DJM mixers equipped with a send/return feature to record a live mix to their device using a USB cable.

According to Pioneer DJ, the DJM-REC app allows you to easily control the peak limiter in the DJ mixer to minimise clipping and distortion so it doesn’t need to be done on the recording device itself. It uses the standard Lightning cable the iPhone or iPad charges itself with.

The app also functions as a simple live-stream tool, enabling the audio to broadcast over YouTube, Facebook Live, Periscope, Instagram and Snapchat. Once the mix has finished recording (as a WAV file), the app allows it to be quickly upload to services including Mixcloud, SoundCloud and Dropbox. 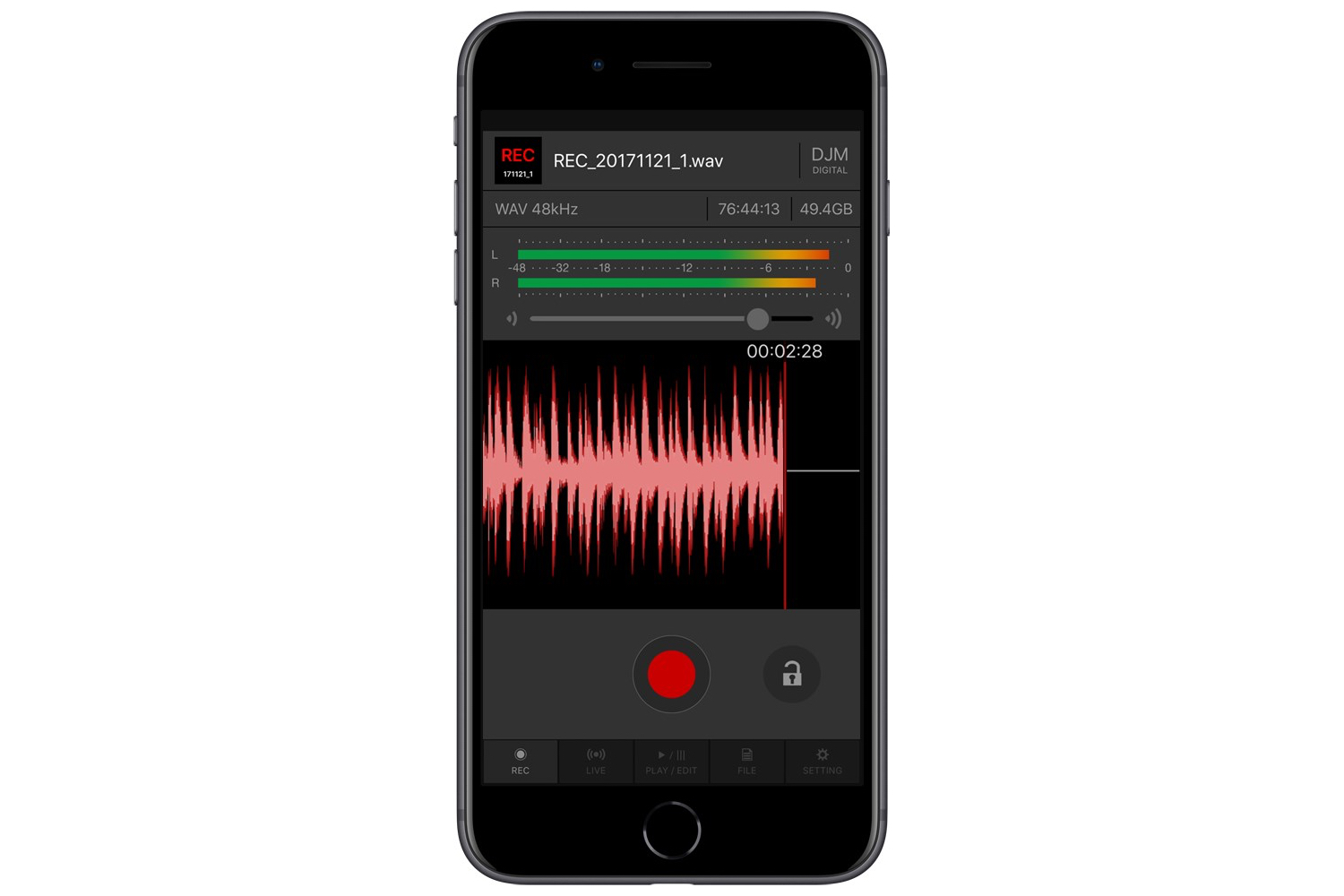 On paper at least, DJM-REC is a great idea. Although it’s been possible to record sets to your phone for a long time, it usually requires the use a dongle like the iRig. Unless you have one these you’ll need a portable audio recorder, which are very easy to forget on the way to a gig.

However, DJM-REC only works with a few mixers in Pioneer DJ’s range – the cheapest which is the $699 DJM-450 – so it won’t be that useful for a lot home users. If you play in Pioneer DJ-equipped in clubs regularly though, it could be a lifesaver if you want to record a set but don’t have your recorder to hand.

DJM-REC is available for free from the App Store now, though after a trial period 30 days it will cost $9.99. The app’s release follows the announcement a new all-in-one DJ controller from the company, the DDJ-1000.