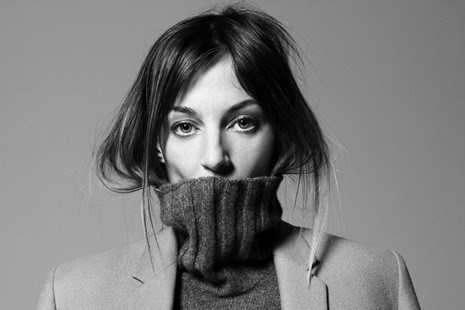 The era-defining, cult designer has announced the launch of her own namesake brand

Having spent the past three years stowed away in her North London home, swerving speculations of possible creative directorships at Chanel, Burberry, and Alaïa, Phoebe Philo has announced that she will be making a return to fashion with her own brand – Phoebe Philo.

“Being in my studio and making once again has been both exciting and incredibly fulfilling,” Philo said in a statement. “I am very much looking forward to being back in touch with my audience and people everywhere. To be independent, to govern and experiment on my own terms is hugely significant to me.” Philo’s new venture is minority backed by LVMH, the conglomerate with whom the designer has shared a successful relationship, having transformed both Chloé and Céline into must-have labels.

“We have known her and appreciated her for a long time. Phoebe contributed to the success of the group through her magnificent creations over several years. With this in mind, I am very happy to partner with Phoebe on her entrepreneurial adventure and wish her great success,” Bernard Arnault said, describing the designer as “one of the most talented of our time”. In 2017, however, Philo suddenly left her post at LVMH’s Céline stalwart, and very little has been seen of her since.

Though the designer took a similar break after Chloé, it was her time at Céline which anointed Philo with cult cachet. There, she procured a sisterhood of sloping silhouettes, oversized cashmere, and quirky accessories, enveloping women in a quiet cultural cognisance, away from all of fashion’s razzle dazzle. It was Philo who put Joan Didion front and centre of an advertising campaign, remember. And while she has only been out of the spotlight for a few years, her distinct handwriting can be read across plenty of today’s collections, from Daniel Lee’s Bottega Veneta to Peter Do (both of whom worked under Philo at Céline).

The characteristically aloof designer has left details scant for now, though she has promised to share more on the brand come January 2022. What we do know, however, is that Phoebe Philo will be “rooted in exceptional quality and design,” – fashion shorthand for extremely expensive – which has surely got The Row girls quaking. Whether at Chloé or Céline, so many women flocked to Philo’s collections as if they were some kind of sartorial therapist’s chair. It’s just, this time around, Phoebe Philo is set on soothing the versions of ourselves that we have perhaps not yet even encountered.