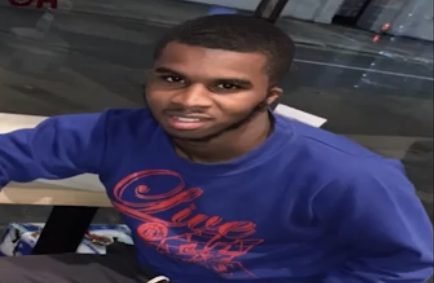 Earlier today, fans of social media funnyman Meechie Hoe were shocked to learn that the Philadelphia comedian was shot and killed Monday night (July 13). The 25-year-old city native became known for his comedy bits that were widely shared on Twitter and Instagram among other spots.

Local outlet ABC6 reported on the shooting of Meechie Hoe, real name Demetrius Green, explaining that the incident happened in Philadelphia’s Olney neighborhood. According to the report, Green was in the passenger seat of a vehicle when an unknown gunman walked up to the car, firing at least eight shots with the blasts killing Green. T

The outlet adds that the driver of the vehicle sped away from the stoplight and crashed into a pole a short distance away. Green was rushed to a local hospital where he was pronounced dead upon arrival.

Meek Mill was among several on Twitter who reacted to Green’s death writing “They killed Meechie hoe that’s Brazy!” with several retweeting and commenting under the post.

Some might Meechie Hoe for being embroiled in a scandal involving one-time Basketball Wives star Sundy Carter, who accused Green of leaking a private video of the pair after allegedly drugging her, an act he went on to explain later.

Across Twitter, reactions to Meechie Hoe’s death have been bubbling and we’ve got some of them listed out below.

Meechie hoe got shot 20 times somebody was definitely hating..

RIP Meechie Hoe 😔.
It’s beyond sad that another black man has been killed. A black man who was making us laugh and trying to make it out the hood. Smh.

Really didn’t expect to wake up to this 😢 been my bro since pre-school. Teachers always said u were a class clown & u took that , went viral & made the world laugh. U just wished me a happy birthday & now you’re gone. This one hurt me 💔 R.I.P. Meechie Hoe pic.twitter.com/XoHCxIMYcj