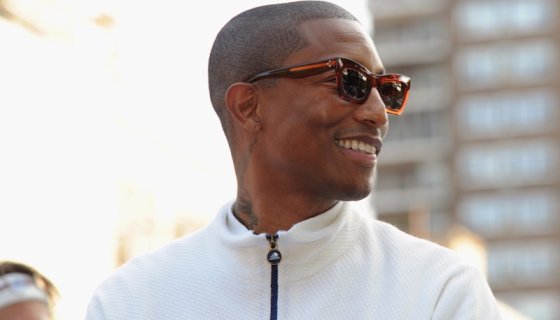 One of Hip-Hop’s greatest minds will be bringing religious music to the forefront. is slotted to create a new show on the soul of Christian music.

As spotted on Hypebeast the Virginia creative will be taking on an executive role at Netflix. According to Variety Pharrell Williams has been slotted to produce a new unscripted series on Gospel music. Titled Voices Of Fire, the show will follow the day to day life of his uncle Bishop Ezekiel Williams. The holy man is a well respected pillar in the Hampton Roads, Virginia and will work with the local community to build an all-star choir.

“Pharrell’s uncle and a well-respected musical genius in the area, Bishop Ezekiel Williams and his core team of influential gospel leaders will venture out into Hampton Roads to find undiscovered talent,” Netflix said in a formal statement. “With the belief that diverse backstories can give their collective voice a greater meaning, the Bishop and his team will be searching for people of all ages, ethnicities and backgrounds.”

Williams made the announcement at the virtual Essence Festival last week. Voices Of Fire is set to premiere later this year. Mimi Valdés, Arthur Smith, Frank Sinton and Bianca Barnes-Williams will also serve as producers on the project. Pharrell is also rumored to be working on a themed musical with Black-ish creator Kenya Barris.