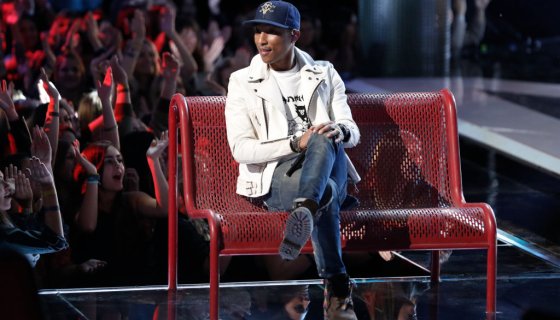 Charitable asks isn’t a new thing to do for many celebrities but in the age of the spread and the spiking numbers of COVID-19 diagnoses domestically, we may be seeing more. made such a call on social media Tuesday afternoon (May 24) and is catching a bit of heat as a result.

Via Twitter, Williams, 46, reached out to his 10 million-plus followers and announced the launching of a GoFundMe campaign for first responders tackling the novel coronavirus situation. The Virginia producer is working alongside Flexport.org Fund at CAF America for this current effort.

“Hospitals are running low on masks, gowns, and other critical items. We need to replenish their supplies,” Pharrell wrote in the tweet. “Take action, make a donation, and ask others to join the fight. We’re in this together. Let’s protect the responders on the frontlines.”

Williams’ name began trending on Twitter after some users noted his estimated $150 million net worth. For those critical of the launching of the fund, the criticism is Williams and other wealthy celebrities asking for money doesn’t add up while others see the wisdom of a famous person amplifying a worthy cause.

For what it’s worth, former California governor and action movie star Arnold Schwarzenegger donated $1 million. Actress Gwyneth Paltrow donated $100,000, and an anonymous donated $250,000. And Twitter co-founder Jack Dorsey has donated $25,000 So far, the fund has raised well over $3 million en route to a $10 million goal.

Despite this, some are still angered that Williams’ lavish lifestyle and considerable wealth signals that he shouldn’t be the one leading this charge, or at the very least, he should be funding a majority of this effort from his own earnings.

Hospitals are running low on masks, gowns, and other critical items. We need to replenish their supplies.

Take action, make a donation, and ask others to join the fight. We’re in this together. Let’s protect the responders on the frontlines.https://t.co/lfpBRWxUiw pic.twitter.com/hWWTwJhorY

People need understand the definition of net worth. Pharrell doesn’t have a $150 million in his bank account, it’s a combination of financial and non-financial assets. Furthermore he is probably going to donate a larger sum of money than you https://t.co/VoBYHGo3jL

pharrell williams really posted a gofundme donation link when his net worth is $150M, one of his associated acts is JAY-Z who is worth $1 BILLION, and he has a los angeles home worth $7M.

eat the rich. they dont care at all. pic.twitter.com/I6aqK49BAY

Arnold Schwarznigger donated 1mill to that gofundme that Pharrell posted. These people have moneyyy

pray you never need the people this gofundme is helping to help US.

Pharrell got all the money in the world out here posting a damn gofundme. I’m sick

Pharrell is worth $150 million with an LA mansion that looks like a community college and is posting GoFundMe links lmaooooooo https://t.co/j3Rhlbe0uP

So Pharrell got roasted cause people think he didn’t donate to the gofundme he posted lol. I should hope these people are

Your net worth is something like $150million. I bet this gofundme would be funded real quick if you and your other multimillionaire friends each made a nice donation.

You're living in a building the size of a private resort getaway with a net worth of $150,000,000 and you're askin people that live paycheck-to-paycheck that also can't work to donate?
The message is respectable, but c'mon man. The public isn't about to fund entire hospitals. pic.twitter.com/kIqaSpUmvV

Imagine asking the people who most likely are being laid off right now, to donate, while you could just get your fellow celebs to raise money…🥴 pic.twitter.com/TOSkDcSgXe

So lemme get this straight. You are asking the millions of American who may not have a job right now to donate?! You're asking people who have an avg HOUSEHOLD income of less than $55,000 to donate? Am I getting that right?