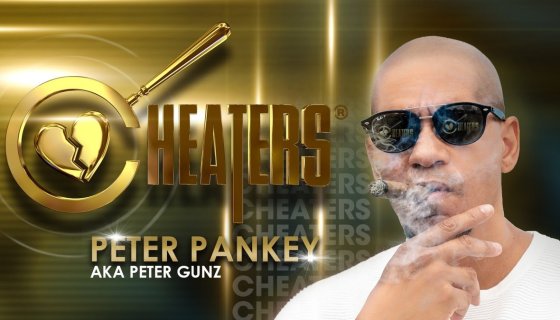 A global pandemic isn’t stopping folks from cheating on their significant others and from getting it all on camera.

The all-star isn’t missing out on work due to the COVID-19. The Peter Gunz hosted edition of Cheaters, which goes out of its way to expose men and women who are out here creeping on there spouses or baes, is still filming despite everything being shutdown.

A clip from the reality show is currently making its rounds on social media. In it, Gunz, a masked camera crew, equipped with obnoxious lighting while rocking Cheaters shirts, and a woman rolls-up on an “unsuspecting couple,” and things immediately go left. The habitual cheater, Gunz, can be seen pushing the man’s date, which happens to be out the way while his sidepiece airs him out.

In the background, an employee of the establishment can be heard screaming for the camera crew to leave. Things take a radical turn when the man’s wife manages to sneak in, hit the sidepiece in the head with a glass, and all hell breaks loose. The man manages to separate his wife but gets a bit physical with her, and another gentleman jumps in attacks him.

If you are cheating during Covid-19 you are TRASH AF 🤦🏽‍♀️😩

We have no idea where this all went down at, but we hope folks got a COVID-19 test after that mess, especially Gunz, who is not even wearing a mask.

The 51-year-old rapper turned reality was announced as the back in February and took over hosting duties following the drug overdose death of Cheaters’ previous host Clark James Gable. The show’s 20th season will air on VH1.