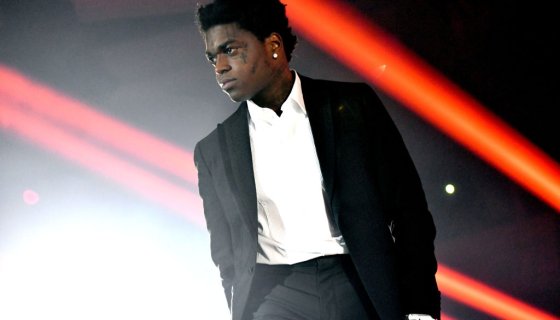 got hit with a whopping 46-month sentence , all culminating from a series of legal missteps made by the Florida rapper. Now, the Florida native is hoping to appeal the nearly four-year sentence by saying the judge in the case was too harsh with the sentencing.

TMZ exclusively reports that Kodak, real name Bill K. Kapri, is working with his legal team to have the sentence stemming from his federal gun case reduced. Kodak’s attorney Bradford Cohen tells the publication that their side is moving ahead with filing the appeal due to Cohen stating that his client shouldn’t have been considered a convicted felon at the time of his sentence.

Cohen explained that his client’s guilty were not pathways to a conviction so essentially, the hope here is that technically there aren’t any convictions on his record for those pleas. It looks like a long shot but if it’s successful, Kodak could go free some time in 2021 so he’s still on ice for a while.

In May 2019 ahead of a Rolling Loud Miami performance, Kodak was arrested on firearm charges. Miami police and federal authorities levied state and federal charges at him, which came around a month after he and an entourage were arrested while traveling from Canada into the United States with contraband on board.

Kodak was hit with two counts of making a false statement on a government form due to a January 2019 firearm purchase he attempted to make. He was facing 10 years in the case.