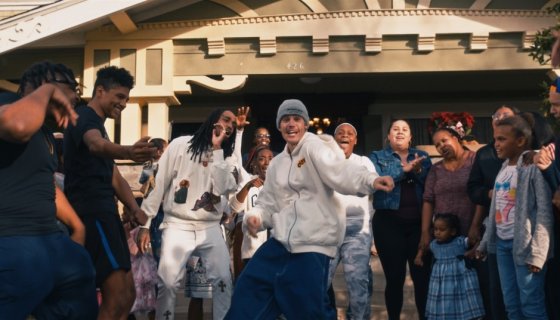 In just the past decade Justin Bieber went from an annoying child pop star to pretty cool R&B-ish singer in the music game a la Justin Timberlake. You can decide for yourself if that’s a compliment or not.

After taking a lengthy break from the music game to focus on himself and his new wife, Hailey Rhode Bieber, the Canadian crooner is returning with some new work in time for Valentine’s Day in Changes.

For his first single/visual to “Intentions,” Bieber links up with most fans’ favorite Migo, Quavo, and the LA-based nonprofit organization Alexandra’s House to surprise fans and community leaders with gifts like backpacks and FIAT’s. There was some pretty heartwarming moments in this joint.

Peep the visuals to Justin Bieber and Quavo’s “Intentions” below and let us know if you’ll be checking for JB’s new album come February 14.