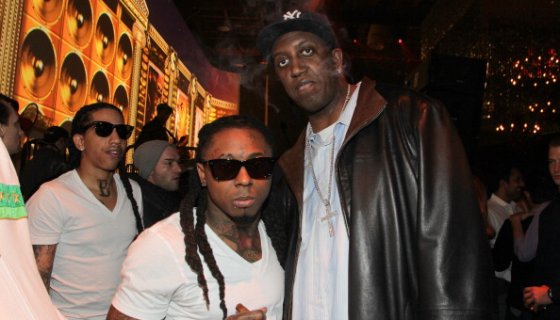 In the late 90’s was arguably the hottest rap group/record label in Hip-Hop this side of Roc-A-Fella Records and though many purists credit them with turning the rap game from the ghetto CNN to MTV Cribs on wax, they’re place in Hip-Hop history is well cemented regardless of how y’all may feel.

Now Spotify is releasing a new four-part docu-series centered around the rise and grind of the iconic rap label titled New Cash Order which packs tons of archive footage of the Ca$h Money craze of the late 90’s and features interviews with those involved in the label’s ascension to the top of the game and beyond.

The docu-series will chronicle the label’s legacy through firsthand accounts of landing the historical Universal Music Group deal to the creative processes that pioneered the success of Juvenile, Lil Wayne, Drake and Nicki Minaj, and all the obstacles in between. The show will also dive deep into Cash Money’s impact on today’s new wave of artists with Blueface and Jacquees alongside a special unveiling of the new Cash Money logo.

New Cash Order is set to release this Friday (February 21) exclusively on Spotify. Will you be checking it out? Let us know.