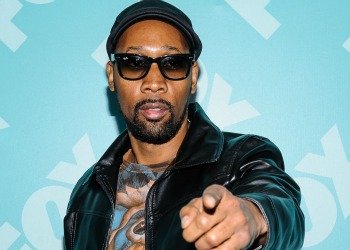 Looks like the‘s back (or at least recharged it) as he’s gone back into the lab to create some new material inspired by the greatest martial artist of all-time (sorry Jet-Li, it ain’t you).

Set to debut with ESPN’s latest 30 For 30, Be Water, which is centered around the life of the GOAT martial arts master, Bruce Lee, “Be Like Water” is the RZA’s first dolo cut he’s dropped since he was getting his Bobby Digital on more than a decade ago. Okay, maybe not that long, but it’s been a hot minute and it took the essence of a martial arts legend to get him back in the studio.

“Bruce Lee’s teachings extended beyond physical martial arts. He was full of philosophy and mindfulness,” said RZA. “His quote ‘Be Water my friend’ is profound and multi-tiered in definition. It inspires the idea that in adapting to life situations, sometimes we have to flow smoothly as a stream, while other times we have to crash like a Tsunami.”

Both the cut and visuals to “Be Like Water” pay homage to Bruce Lee as they both contain all kinds of references to the legendary career of the martial arts and Hollywood icon. Hopefully these millennials will take the time to peep this 30 For 30 and understand why Bruce is the legend he is today.

Peep the RZA’s “Be Like Water” cut below and let us know if RZA’s return to the 36 Chambers was well worth the wait.