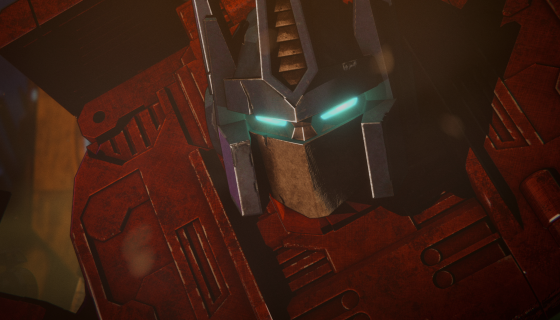 Michael Bay’s live-action Transformers film franchise left much to be desired but luckily for us day-ones, Netflix is breathing new animated life into the classic 80’s cartoon series.

Over the weekend at Hasbro’s Brand Entertainment Preview Event, the trailer for Netflix’s was released and aside from the new computer animation used to bring your favorite Autobots and Decepticons to life, the trailer took is back to our childhoods. Taking place on the home planet of the race of robot warriors, the trailer to War For Cybertron finds the Autobots and Decepticons engulfed in a civil war (naturally) with Optimus Prime looking to find that elusive AllSpark before Megatron can get to it and use it to wipe out his foes.

This first season of the new Transformers series (dubbed Siege) will be the first of three installments and will consist of 6 episodes with each clocking in around 22 minutes. No word on when the series will release on the most chill of streaming services but best believe it’s going to get binged watched by 80’s babies across the globe when it does.

It is the final hours of the devastating civil war between the Autobots and Decepticons. The war that has torn apart their home planet of Cybertron is at a tipping point. Two leaders, Optimus Prime and Megatron, both want to save their world and unify their people, but only on their own terms. In an attempt to end the conflict, Megatron is forced to consider using the Allspark, the source of all life and power on Cybertron, to “reformat” the Autobots, thus “unifying” Cybertron. Outnumbered, outgunned, and under SIEGE, the battle-weary Autobots orchestrate a desperate series of counterstrikes on a mission that, if everything somehow goes right, will end with an unthinkable choice: kill their planet in order to save it.

These are the classic Transformers aesthetics and we see all out our favorites include Optimus Prime, Megatron, Bumblebee and Ultra Magnus. However, Peter Cullen is not the voice of Optimus Prime.

Peep the trailer for Transformers: War For Cybertron Trilogy – Siege below and let us know if you’re as excited as we are about the new series.