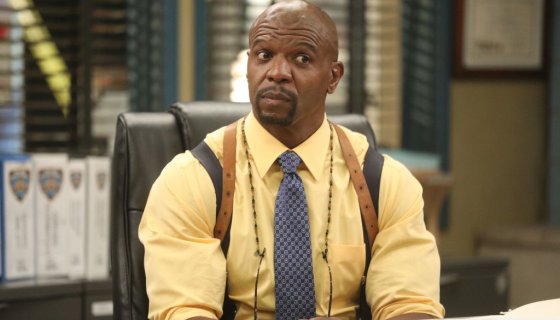 has endured Twitter draggings in the past but his latest gaffe, which has him being slammed with criticism left and right, is baffling considering the timing. The musclebound actor shared a misguided tweet that was meant to promote harmony but instead came off as if he was centering white people in the fight for racial equality.

On Sunday (June 7), Crews tweeted out the following:

Like it or not, we are all in this together.

With immediacy, folks on Twitter began to check crews for his words that, frankly speaking, came off as a misguided attempt to demand Black people include white people to bring about equality and justice across the board. However, with Black Americans already having to rail against racism and police brutality as evidenced by the , the onus is on white people to do their own work in this regard and not have Black people do the heavy lifting for them.

Crews defended the tweet after the likes of writer Kevin Powell, actor, and Crews’ former Everybody Hates Chris co-star Tyler James Williams and others chimed in and offered their perspectives.

“I understand, Tyler. I was not saying Black supremacy exists, because it doesn’t. I am saying if both Black and Whites don’t continue to work together– bad attitudes and resentments can create a dangerous self-righteousness. That’s all,” Crews said in response to Williams’ tweet trying to talk his friend off the All Lives Matter ledge.

Crews then told Powell that he’s not suggesting that Black people are heading towards this mythical world of Black Supremacy but didn’t really clarify the tweet either. Instead, Crews said to Powell that people are misreading him and twisting his words.

In the end, Crews is standing firm on the hill that he’s currently dying on as evidenced by an early morning tweet.

“Any Black person who calls me a coon or and Uncle Tom for promoting EQUALITY is a Black Supremist, because they have determined who’s Black and who is not,” Crews wrote.

The problem here is that Crews is insulating that the fight for fairness is rooted in being superior to white people. White supremacy has centuries of evidence that point to its effect on Black lives in America and across the globe, and in no way has the movement been about ruling white people with the same oppressive tactics.

Hopefully, Terry Crews will come to his senses and realize how this potentially harms the movement.

Check out the reactions to Crews’ tweets below.

I understand, Tyler. I was not saying Black supremacy exists, because it doesn't. I am saying if both Black and Whites don't continue to work together– bad attitudes and resentments can create a dangerous self-righteousness. That's all. https://t.co/YLWGnpj8fl

I agree. I'm not discussing white people here. there are "gatekeepers of Blackness" within our own community who decide who's Black and who's not. I have often been called out for not being "black enough". How can that be? https://t.co/Tt9Og866x6

Kevin, I've learned that people will take anything you say and twist it for their own evil. Anything. https://t.co/FszLI1pYbu

Ever since Terry Crews threw Gabrielle Union under the bus I knew he couldn’t be trusted. But then he decided to just say f*ck logic AND history. This is a new low. https://t.co/6gdzqpaWX3

Terry Crews should have sat there and ate his steroids.

What do the WHITES have on Terry Crews?!

#TerryCrews when you have Nicole Arbour, alt-right trolls, the MAGA machine rushing to your defense you're on the wrong side of history.

Black supremacy? This is one confused man. Okay, Terry, now it’s time for you to donate to the cause too. #BlackLivesMatter #TerryCrews https://t.co/a98vSNwCTY

#TerryCrews is an imbecile. System of white supremacy creates Black inferiority. A construct of unjust advantages which produces marginalized plights. Blk ppl don't have the power to oppress or suppress. Stop demonizing Blk ppl for resisting & challenging miscarriages of justice.

convinced terry crews is a small white man in a large black body like a MIB alien cuz don’t no nigga say shit like this https://t.co/SeZSPrS1Mx

You showed us time & time again that you weren’t sh*t, most recently with not standing by Gabrielle Union so you could keep your job. This seals the deal. pic.twitter.com/Xfl9Xxdlpt

Let me get this straight…Terry Crews is talking about black supremacy and Mitt Romney is protesting for Black lives matter???
What is this!?!

Terry Crews was not playing a character in White Chicks

…And that's what you missed on 'America'. pic.twitter.com/vsCe30AE7u

Terry crews pr team pulling up to his mansion after his black supremacy tweet pic.twitter.com/4Amhw2MEi3

Terry crews throwing around “Black supremacist” and liberals & Nazis gone eat that shit up. Let’s be fuckin clear: Black people don’t have the power and influence over the systems and resources in this country to be fuckin supremacist.

Black folks: We want to defund the police and create a system that's actually equitable and just for ALL of us.