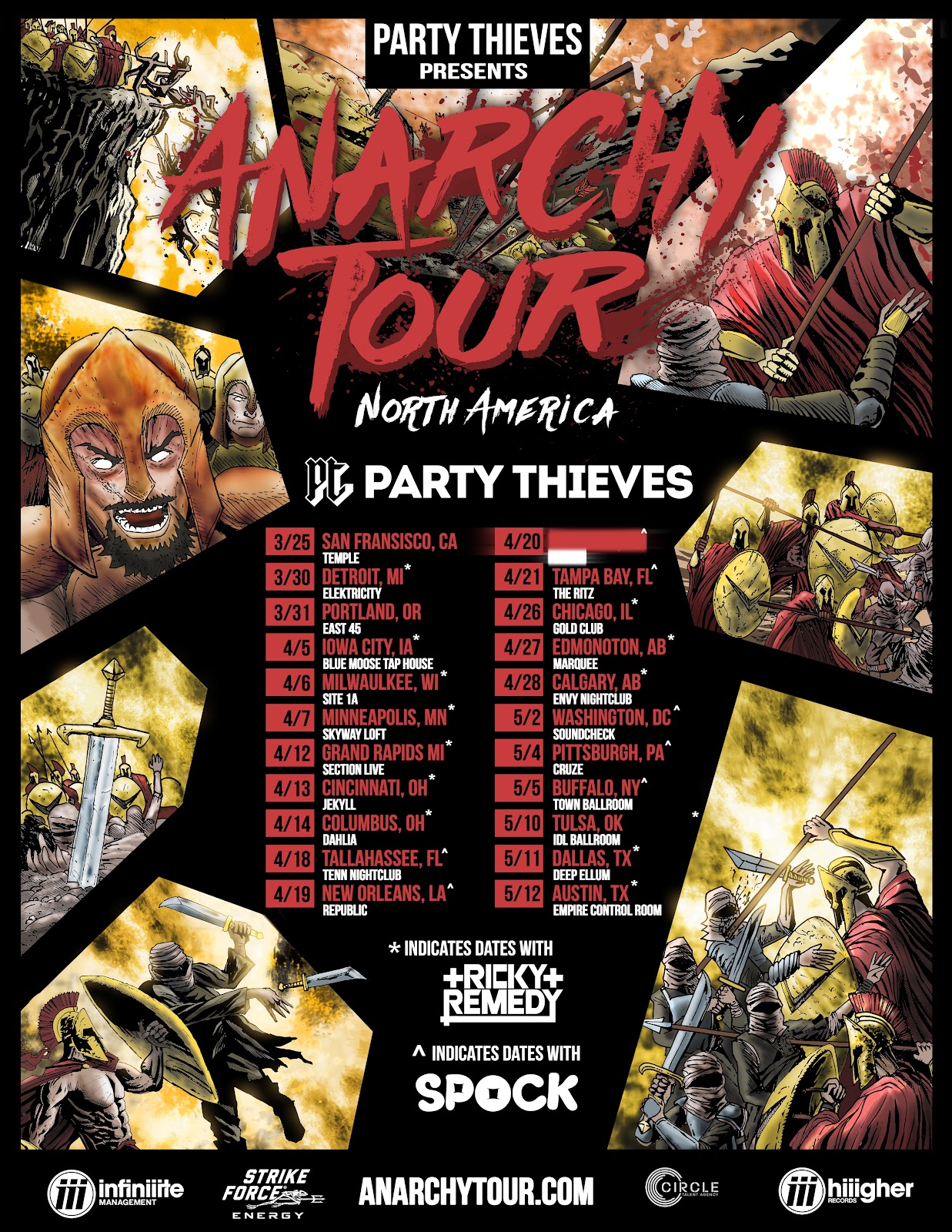 Party Thieves is a unique personality in the dance music game. He has tens millions streams and has a background from West Point. He’s received support from household names like RL Grime, Skrillex and Diplo. He has also made a huge connection with his fans, inspiring a movement called the Theft Army. Now, that Theft Army is going to join Party Thieves on his biggest tour to date.

The tour will stop at twenty-two cities around the United States. He’ll be bringing Ricky Remedy and Spock along for the ride on select dates. Party Thieves also donates a percentage his merchandise sales to charity. He’s a good guy, and someone you want to see shine in the music industry. His tour goes to cities big and small, so make sure to grab a ticket and to check him out on .