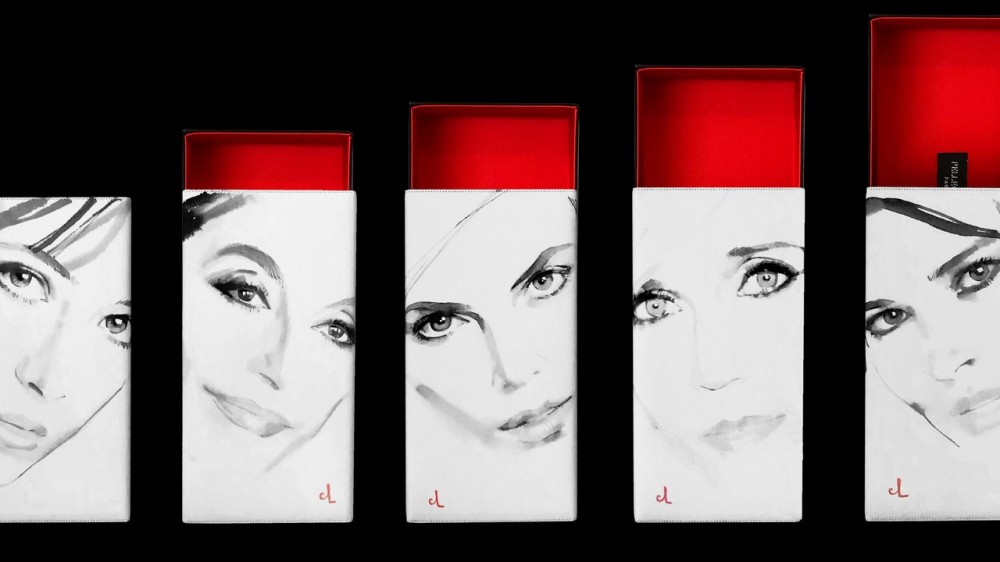 No bag is quite as festive as a clutch. This year the holiday fêtes may be virtual, but tiny, decorative purses still add a sense of fantasy to any occasion. No one understands this better than Renaud Pellegrino, fashion’s ‘sculptor of the bag’ who served as Yves Saint Laurent’s leather goods designer at the height of Saint Laurent’s couture dominance. Thirty-six years ago, Pellegrino founded his label Pellegrino Paris creating distinctive handbags that made their way onto the arm of friends like Catherine Deneuve, Isabelle Adjani, and the late Lauren Bacall. The ultimate insiders accessories, Pellegrino’s designs challenge the idea of flash in the pan it-bags or flashy status purses.

Of all his creations, the sleek minaudière named Julia is perhaps the most iconic. A deceptively simple rectangular clutch that opens to reveal a satin-lined compartment, it’s been a mainstay within the brand since its inception. That’s precisely why Pellegrino sought to update it for 2020. This year, his clients will have the special treat of a Julia, bag detailed with Marc-Antoine Coulon’s illustrations, the prolific Parisian considered one of fashion’s preeminent artists. His instantly recognizable images of notables from the worlds of entertainment and style have featured on gallery walls and in the pages of Vogue. Now Pellegrino’s bags serve as the canvas for an impressive collection devoted to artistry, one that will allow buyer to select a piece with a famous face or commission a design for themselves. From November onwards, it will be possible to purchase a bag with custom Coulon portrait—a one-of-a-kind gift. “Above all, it’s a tribute to beauty,” shared Pellegrino via email from Paris. “All the women featured embody the spirit of Pellegrino Paris.”

The collaboration grew out of Pellegrino’s interest in Coulon’s stylized drawings, which utilize watercolors and ink to depict famous faces at their most radiant. After spotting the illustrations in magazines, he reached to their creator via social media to set up a face-to-face meeting. “I was always drawn to the brush strokes seen in his work,” says Pellegrino, who credits Coulon with inspiring the concept behind the clutches. “When we celebrated the 35th anniversary of Maison Pellegrino [in 2019], we called upon 11 artists to use the Julia matchbook in their way. The starting point for that idea came from my admiration for Marc-Antoine.” The feeling is mutual. “[Renaud] is a true genius, but he’s so smart as to let you think you’re the master,” says Coulon. “As an artist, I feel totally free, but this freedom makes you want to work hard to be up to his excellency. I have no words to tell how proud and grateful I am to work with him!”

More than a straightforward caricature, Coulon’s interpretations of stars like Carla Bruni and Sophie Marceau with Mona Lisa smiles require contemplation. Peer at one of his muses, and you’ll wonder what she’s thinking. “What seduced me a lot is the intensity of the glances,” says Pellegrino. “You can almost read the personality of the models. In Marc-Antoine’s work, the lines are extremely expressive. I find it almost disruptive to find so much depth in the emotion of an illustration.” Such thoughtfulness serves as the connecting point within Coulon’s oeuvre, and for the bag collaboration, he wanted to convey a sense of camaraderie between the women depicted. “I wanted to do close-ups that would come across the bags so that, once all were put together, it would look like the ladies are moving,” he says of the new drawings created for the collection. “Like they were staring at us through a half-open door. I wanted to show seduction and mystery.”

Selecting which beauties made the final cut was a surprisingly straightforward task. “It was important for us to share moral, human, intellectual values with these women. Women who are free, elegant, with strong personalities,” says Pellegrino. “Our ideas work very well, and we understand each other very quickly. Moreover, when it comes to the icons we wanted to represent, our choices converged very quickly.” The final list includes acting icons like Charlize Theron, Jane Fonda, and Fanny Ardant, each star’s essence immortalized on vellum and calfskin.

The material constraints added to the enjoyment for Coulon. “The Julia bag has a hard rectangular shape which does not alter the image as it would with a soft bag,” he explains. “I draw before all the pieces are folded and put together. It’s exciting to try and figure what it will look like in the end, to play with the folding. Also, the paper is very important – Renaud’s bags are not only made to be seen but also to be touched. It’s very sensual.”

Collaborations between designers and artists have become part of fashion’s new normal, a development both view as positive. “At first, it was difficult to [fully] explain the idea. However, Marc-Antoine understood very well what I wanted to see, which is beauty in all its forms,” says Pellegrino. For Coulon, the boundaries between fashion and art have blurred. “It’s a thin line,” he says. “Artists and designers both deal with creation. Designers love artists and treat them with respect, and artists are obsessed with designers.”

The thrill of working together was a professional high. Still, both Pellegrino and Coulon are most excited about the prospect of collaboration with the ten lucky clients who have already commissioned their custom piece. “Perhaps these women would never wear their minaudière in the street, but I found the idea of having a beautiful and original creation at home to be magnificent,’ says Pellegrino. “I think that as a designer of leather goods, and accessories in general, the goal is to make customers proud to wear the products they have designed for them. A confident woman conveys all the beauty of the world and the elegance that goes with it.”

Coulon is looking forward to the one on one sittings with his new “models” and the opportunity to give them a moment—and keepsake—they’ll never forget. “Finding what makes them special and unique is one of the biggest thrills of my life,” he says. “It’s quite an experience, isn’t it? It takes two to tango, so I take what my model gives and try to render it with much empathy. It’s very demanding and rewarding all at once.”