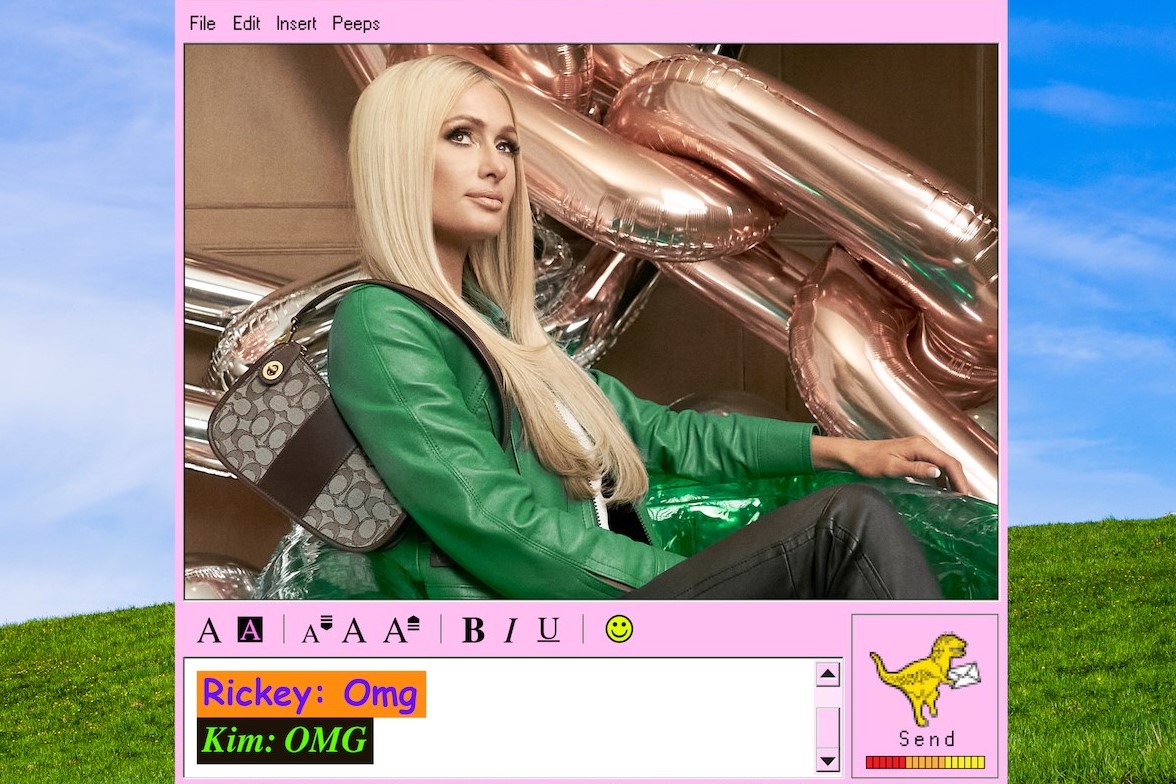 It’s December 1, so it’s pretty fair to say we can broach the C-word by now – which is a good job, given Coach just dropped an uber-festive new campaign starring none other than legendary heiress Paris Hilton.

Throwing it back to the heady days when The Simple Life was all over our TVs, Juicy Couture was all over our bodies, and everyone was freaking out about the millennium bug (lol), Hilton and her co-stars Rickey Thompson and Kim Petras rewind the clock to the year 2000 in a cute new film.

Logging on to a technicolour chat room, the three show off the label’s newly reimagined Swinger bag, which takes its cues from the mini-bags of the era, and taps into the current trend for tiny styles – truly a trend that shows no signs of dying out, almost three years on.

Unlike Hilton, Thompson, and Petras, heading to an actual party this holiday season with one of the bags on your arm might not be on the cards (s/o to the coronavirus for that one) – but, as they prove in the video, it looks just as chic with your bedroom as the backdrop anyway.

See more here and check out the gallery above.