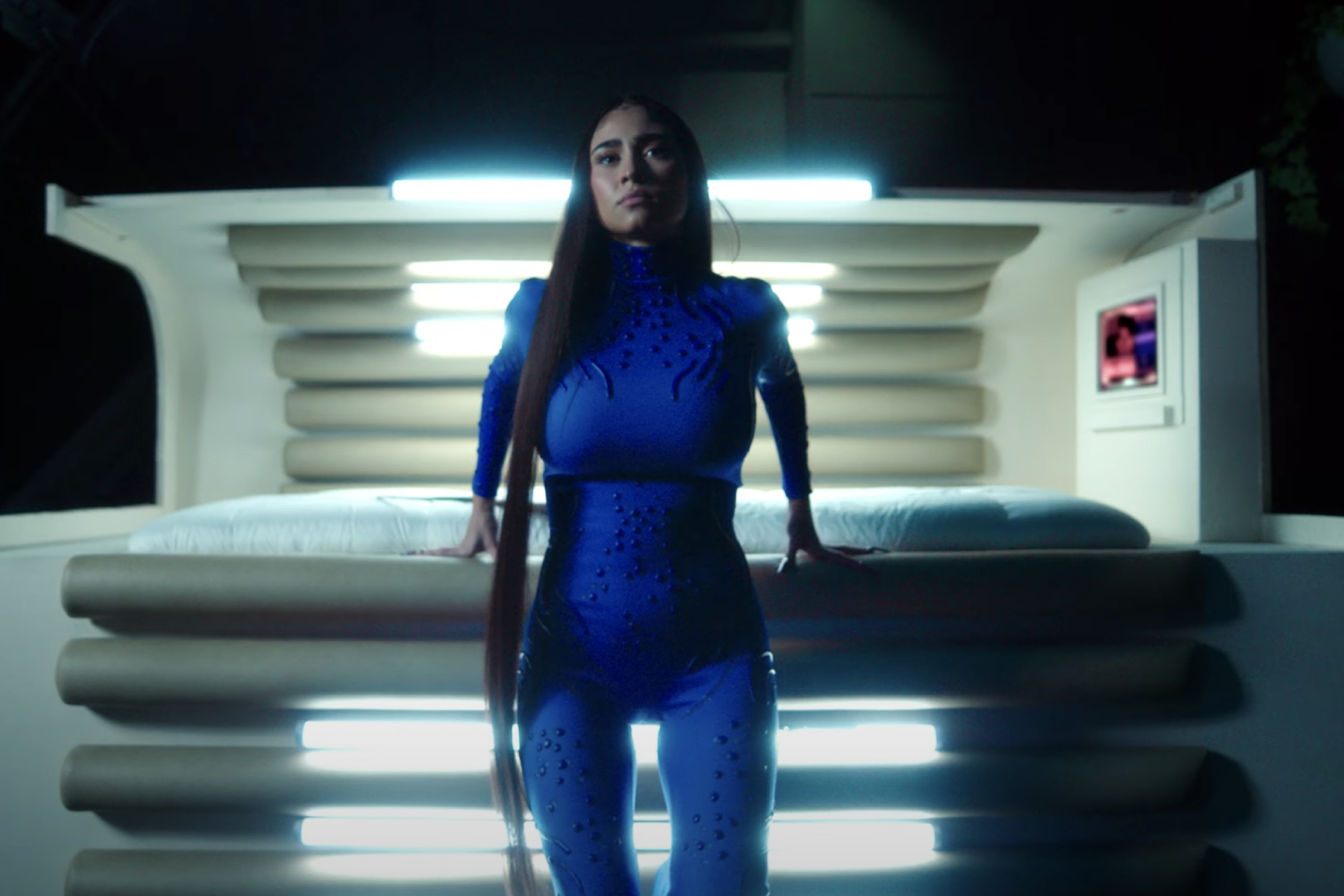 Paloma co-directed the video to the ballad, in which she awakens in a futuristic spaceship where she paints alone, takes in the stars, and dreams of visits to other worlds where it looks like love is just out of reach.

She recently told Nuevo Culture about growing up with Chilean parents in New York, before moving to her parents’ country and quickly finding fame with a sound that blends R&B, reggaeton, and more.

In that interview, Paloma Mami discussed her earliest musical influences: “My mom was obsessed with Marc Anthony,” she said, adding that her father supplemented Paloma’s love of Shakira by introducing her to Amy Winehouse, Gwen Stefani, and Avril Lavigne. “I had my little punk-rock moment like everybody did,” she said, and added that she was also surrounded by jazz, citing Billie Holiday, Ella Fitzgerald, and Frank Sinatra.

Looking forward to her upcoming releases then, she added: “I have a lot of  … Actually, let me not tell you. Surprise.”