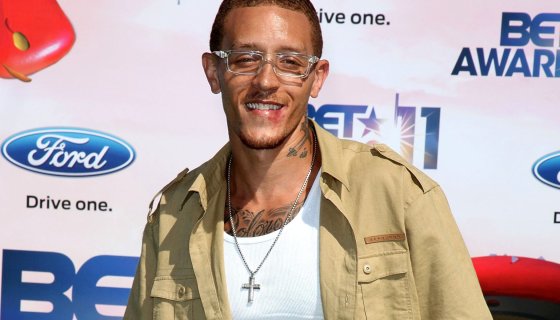 and his struggles in the wake of his NBA career are well documented, and a recent video of a street fight in his Prince George’s County, Md. went viral, prompting a call for support. A county police officer who reportedly filmed the event and didn’t intervene has been suspended pending an investigation according to reports.

NBC News reports that the Prince George’s County Police Department has suspended the unnamed officer after a video they took was shared across social media sites, and officials are still trying to determine how the footage was leaked out. In the Jan. 20 clip., West is seen catching blows from a man who stood over him while cars stood by gawking and watching the drama played out.

It is being said that West started the fight after allegedly attacking the unknown man with a glass bottle. In a video depicting his shirtless arrest and the clip that got the officer suspended, West is heard saying, [I] was walking down the street and [the assailaint] approached me with a gun.”

West also muttered loudly that he was “the real f*cking president” during his curbside arrest rant. Observers noted that West appeared to be suffering a breakdown of sorts but an official word from healthcare officials hasn’t been released to the public.

Some former athletes and former teammates of West, such as former NFL star Dez Bryant and college teammate Jameer Nelson, are rallying around him. The NBA is also saying it will lend some assistance to West as well.