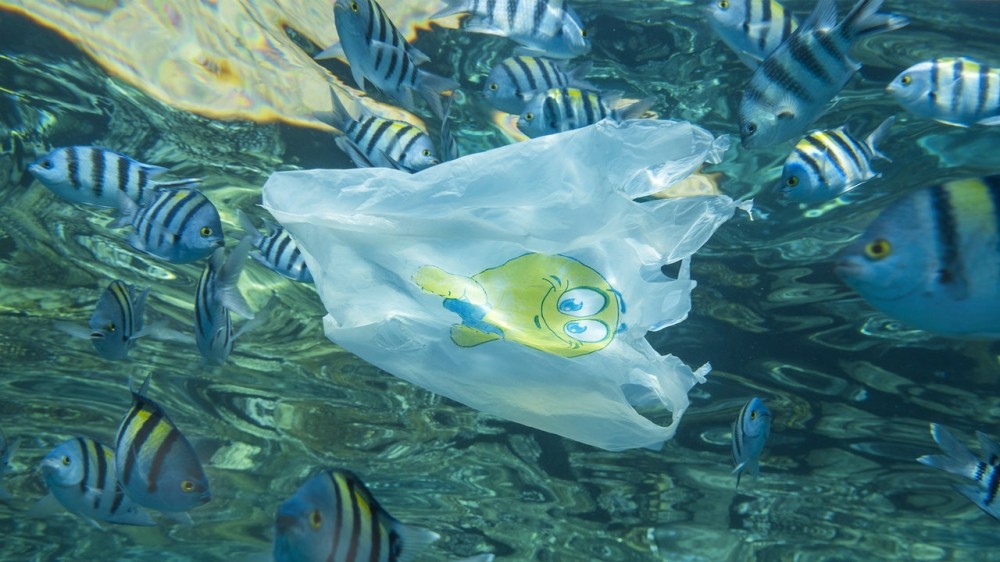 New York’s ban on plastic bags was supposed to take effect on March 1, just days before the city locked down in response to COVID-19. Health concerns delayed its enforcement until October, but you’d never know anything had changed. Restaurants are exempt from the rule, so our takeout orders are still arriving in multiple layers of plastic. Our favorite coffee shops still can’t take our reusable mugs, so we’re finding plastic there too. Those of us who prefer to shop online—for clothes, groceries, cleaning supplies, and everything else—are piling up more cardboard and plastic packaging than ever. And we haven’t even gotten to plastic masks and gloves, which are already littering our sidewalks and oceans.

It’s easy to see it all as a huge setback. Weren’t we making so much progress before the pandemic? On the surface, it may have seemed that way, at least among eco-conscious citizens and in places with single-use plastic bans. But the answer is…not really. Pre-COVID, our plastic consumption was actually going up—and it’s expected to jump another 40% in the next decade.

It isn’t because people don’t know how to recycle or can’t shake their single-use plastic habits. Much of it comes down to economics. As the price of oil drops, so does the price of plastic, while recycled plastic remains more expensive. The differential between the two has never been greater, and manufacturers are prioritizing their bottom line. (As Reuters points out, the oil and gas industry hardly wants this to change; our shrinking demand for fuel, largely due to electric or fuel-efficient cars, means they’re counting on new plastic, and plan to invest $400 billion in it by 2025.)

To compound that problem, COVID has hit the recycling industry particularly hard, with many plants shutting down (vis-à-vis, reducing the opportunities for plastic to be recycled). In the U.S., facilities saw their businesses shrink by 60% in 2020.

“Our recycling infrastructure was really at risk before the pandemic,” Dune Ives, the CEO of ocean conservancy foundation Lonely Whale, explains. “Facilities were already starting to shut down because there weren’t enough end users for their [recycled] materials. A plastic water bottle will usually [sell], but the type of plastic Starbucks uses on those adult sippy cups? There is no buyer for that material. So we send it to places like Vietnam and the Philippines, where there isn’t recycling infrastructure, so they have to landfill it or burn it,” she continues. “This year has just exacerbated all of these issues, but the silver lining is that it’s also shining a really bright spotlight on what needs to be done to solve this pollution crisis.”

These are giant, systemic problems that won’t be solved by our reusable totes and recycled polyester leggings. But as plastic waste continues to overwhelm the ocean—where it endangers wildlife, contaminates our food and water, and eventually enters the air we breathe—it’s more critical than ever to find creative ways to repurpose it. Pre-pandemic, the fashion conversation had moved away from recycled plastic as new technologies emerged (and old ones, like regenerative agriculture). We also understood the pitfalls of recycled poly: That recycled leggings still shed micro plastics, for instance, and won’t decompose in a landfill (so don’t let it end up there). Recycling is a temporary solution, but it’s one we can and should implement on a massive scale.

“Recycled plastic is still a very important approach in fashion,” says Cyrill Gutsch, the founder of Parley for the Oceans, which revolutionized ocean plastic clothing and accessories in 2011. Parley’s ongoing collaboration with Adidas has produced tens of millions of sneakers made from Parley Ocean Plastic, and Stella McCartney has used it for shoes and activewear. “There’s no excuse to make new plastic anymore—everyone should be using recycled materials,” he adds. “It’s a solution for the moment, but it isn’t the permanent fix. At some point, we need to say goodbye to plastic entirely and create alternatives we can trust just as much as plastic.”

To his point, this “plastic pandemic” shouldn’t just spark a new demand for recycled plastic—it should push us into a new era of innovation. “This is an innovator’s goldmine,” Ives says. “There is no shortage of possibilities. And the problem is so big that there are so many ways to address it.” 52HZ, the advisory arm of Lonely Whale, just announced the Tom Ford Plastic Innovation Prize, which will award $1 million to the best non-toxic alternative to thin-film plastic. It’s what the majority of fashion brands use for poly bags, usually the plastic sleeves our clothes are shipped in. In tandem with the prize, Ford introduced his own ultra-luxe spin on recycled plastic: an ocean-plastic watch made entirely of recovered plastic bottles.

Gutsch and his global team at Parley have lately shifted their focus to developing plastic alternatives and bio-based clothing materials, similar to the algae “sequins,” corn-based “fur,” and mycelium “leather” we’ve seen this year. “We’re leaving behind this old way of living on the planet and entering a new chapter,” he says. “We know we can’t keep exploiting the planet and taking it for granted. This is an innovation challenge, and a drastic one.” He estimates that Parley’s new materials will be ready in the next three to five years, but it could be a decade before they’re available on a global scale.

What’s a concerned citizen to do in the meantime? If the problem feels insurmountable or you’re mired in cynicism—how can my actions possibly make a difference?—this is the moment to be thoughtful about your impact, no matter how small it may seem. “We need innovation to move faster, but every single one of us also needs to be careful about how we’re dealing with resources,” Gutsch says. “The capacity of this planet to take on more of our toxic products and materials has been reached. We simply can’t be as wasteful as we were in the past. Otherwise, COVID will just be a taste of how life on this planet will be for mankind.”