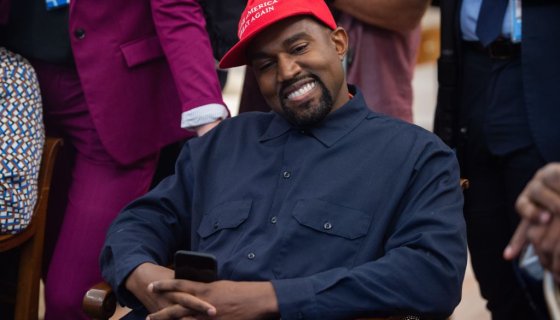 While it isn’t clear why is insistent on or why he feels confident as he does, it’s since come out that some within his camp have ties to the Republican party. On the heels of a pair of reports, two people have been linked to the campaign while also active in the GOP, with one of the persons named revealed to be connected to Missouri Gov. Mike Parson, also a Republican.

In a detailed report from The Intelligencer, two people have been named as links to the West 2020 campaign while also currently active in GOP affairs according to the connections made by the publication. An elector for West, Chuck Wilton, will also be a delegate to the Republican National Convention in Charlotte on behalf of the state of Vermont. In a call confirming the link, Wilton says he’s been working with the West campaign “political contacts.”

Wilton described himself as “center right” and wanted to support an alternative to President Donald Trump, and he feels that West shares and employs his political sentiments.

Another known GOP operative, Gregg Keller, was listed as the West campaign’s point of contact by way of a filing made in Arkansas.

The Kansas City Star notes that Keller was the former chair of the Missouri Victory Committee, a group that worked to elect Republicans in the state, and worked alongside Mitt Romney among others in the past. Keller, a consultant based in St. Louis, has also worked with Gov. Parson in the past and was linked to known Republican politicians such as Mitt Romney and Josh Hawley.

West has claimed he is no longer a supporter of President Trump but these reports signal that he isn’t free and clear of conservative ties to the party.