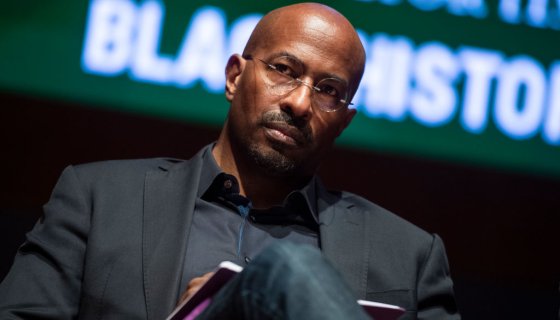 , a longtime pundit and contributor for CNN finds himself this morning on the receiving end of blistering criticism after a news story broke that proves he might be the ops. In a new report, Jones quietly contributed his expertise to President Donald Trump’s police reform initiative, even going as far as praising the plan on television.

The Daily Beast exclusively reports that Jones, 51, was part of the former’s business mogul’s planning team by way of his connection with Jared Kushner, Trump’s son-in-law, and senior advisor. The outlet, a source, discovered that Jones and human rights attorney Jessica Jackson worked on the police, noting that Jackson is the head of the #cut50 prison reform group that Jones founded.

In a recent episode of CNN’s Inside Politics program, Jones elevated the president’s executive order, saying,”There is movement in the direction of a database for bad cops. We have never had a federal database for bad cops, that’s why all these cops go all over the place doing bad stuff… The chokeholds, that’s common ground now between Nancy Pelosi and Trump. Good stuff there.”

Jones again heaped praise on the Trump plan Anderson Cooper’s nightly program that same day, all while failing to share with the viewing audience that he was an insider of the plan.

“I think it’s pushing in the right direction,” Jones said to Cooper. “What you got today is, I think, a sign that we are winning.”

The president’s executive order was widely panned by Democratic Party leadership, calling the plan thin and nothing more than a moment to plump up Trump’s fragile ego. However, Rev. Al Sharpton, a host for MSNBC, told The Daily Beast that he isn’t going to go on the offensive against Jones but did aim some criticism.

Some might recall that back in January 2017, after praising President Trump’s first State of The Union address after blasting the man just a week before.

The Daily Beast also made mention of Jones’ connection with Roc Nation, which manages his affairs, and noted that those close to Jones say that the pundit is generally concerned with his own ascension and not that of speaking up for those adversely affected by some of the policy advancements made by the Trump administration.

On Twitter, Jones’ name is currently trending and all of the insults that are unfit to print here are taking hold on the social media network as expected. While it isn’t necessarily unheard of that opposing party advocates work alongside each other in favor of bipartisanship, they’re typically out front with their plans.

As it stands, Van Jones is looking like the ops right now and Twitter is letting him have it. We’ve got those reactions below.

Remember when Van Jones attacked @KamalaHarris for refusing to take part in the sham HBCU event where Trump was being given an award for criminal justice? pic.twitter.com/wvlgaLW7ox

Van Jones turning out to be a shameless opportunist has to be the least surprising development ever. pic.twitter.com/3eclJVu1Rf

Van Jones realized early on that he was terrible at TV commentary but he wanted to keep the gig, so he resorted to absurd contrarian takes, just so people would hate-watch him. So be it. But now that he's been caught secretly conspiring with the Trump regime, CNN has to fire him.

When else was Van Jones secretly collaborating with Jared Kushner while not disclosing his role? https://t.co/r23MM7LM8w

Van Jones is a joke and an operator. I am a progressive Democrat and this guy does not speak for me. @CNN, when you have him on, I switch channels. https://t.co/G6xkTnsIMy

I read this piece on Van Jones. I assume he believes some progress was better than nothing & he was willing to work with the Trump Administration to make it happen. You can debate that. However, he should have told CNN & the network should have informed viewers of the conflict.

Today is the day Van Jones became a double-dealing piece of shit. https://t.co/pluIgTyPNz

Since folks are gonna keep tagging me this…I been told y'all Van Jones was on some bullshit. 🙄 https://t.co/2Z0k5A5FGY pic.twitter.com/h6PzwTyGA5

So Van Jones really was on Team Trump the whole time huh? 🤔👋🏾

If Van Jones wants to work in politics and partner with the White House, that’s his call. But it is unethical to laud legislation you were involved in crafting while failing to disclose your involvement while on the news network that pays you to be a pundit.

What happened to Van Jones? like really? that man was radical in his youth. How did he ended up being an op for Trump?

I been said Van Jones was an op. But he is real far Into the Trump cult now wow.

I knew Van Jones was an op when he said that clown looked presidential https://t.co/UqZ10h7KBR

Im dying. Saw someone post about Van Jones being an Op for Trump and thought Van Lathans mentions are about to get lit up by stupid people that can't or refuse to read. pic.twitter.com/5A49sQaLNu

NOW can we cancel Van Jones?! Lol. I haven’t trusted his fake a$$ since Obama! 😂

I remember seeing JARED KUSHNER recently on @VanJones68 show and thinking how weird it was and why he would have him as a guest.

And @VanJones68 was awkwardly complimenting Kushner throughout.

Now we all know why.