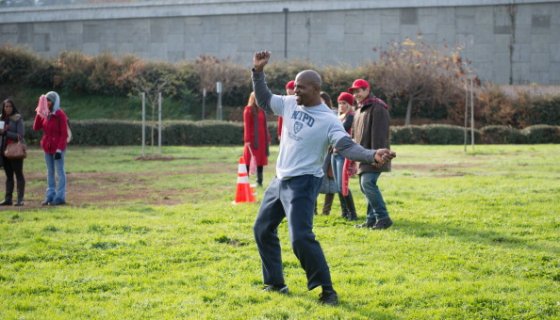 Over the past few weeks, has put on his shiniest tap shoes and discredited the Black Lives Matter movement as some form of so-called “” in his words. In an interview with , Crews used a favorite talking point of conservative pundits and the MAGA morons by mentioning Black on Black crime, which the host corrected the actor on by saying that isn’t the focus or aim of BLM.

On CNN’s Tonight With Don Lemon, the segment opened with the host showing off a series of tweets that Crews has been getting off, namely one where the actor wrote, “We must ensure #blacklivesmatter doesn’t morph into #blacklivesbetter” and another doozy where Crews wrote over the weekend saying, “Are all white people bad? No. Are all black people good? No. Knowing this reality – I stand on my decision to unite with good people, no matter the race, creed, or ideology.”

Crews added in the conclusion of the tweet that he’s going to “die on this hill” and doubled down with a number of other tweets that have gotten a lot of approval from the Trumper bots on social media. Sitting with Lemon, Crews again asserted his stance with an incredible lack of self-awareness or an ability to see just how incorrect his views are about BLM and protests.

The burly actor opens up by answering Lemon’s question on why he’s willing to, in his words, die on this hill of misinformed takes, stating that there are “militant” forces within the Black Lives Matter movement and saying that he was “issuing a warning” for BLM to avoid becoming extremists and cited his time in certain movements although he doesn’t specify which ones.

When the tired topic of Black on Black crime came up, Lemon made sure to let Crews that BLM’s focus is police brutality and Black victims along with an end to systemic racism. Not surprisingly, Crews is going forward with his narrow-minded stances.

Across Twitter, Crews is getting rightly slandered and we’ve got the best of those reactions below.

Man @terrycrews is on @CNN with @donlemon acting like a COMPLETE asshole.

He is intentionally trying to discredit #blacklivesmatter.

Whites will keep you on the job, Terry.

Terry Crews would’ve definitely been that nigga who would’ve told Rosa that she should’ve just went to the back of the bus to avoid all of that pic.twitter.com/KUxcnnUIB5

Just watched Terry Crews interview with Don Lemon… Terry we have free shirt in our collection just for you. pic.twitter.com/rxoewkp4XY

Never thought I'd see the day Don Lemon puts a black man in his place & educates him on dire black issues!! Terry C**n Crews is a🤡 pic.twitter.com/ndpF9lJRbW

Terry Crews is on CNN arguing with Don Lemon about Black Lives Matter. He IS a whole ass clown.

This MOFO is batshit crazy

Terry Crews can’t be that uninformed about the movement for Black lives. His CNN moment with Don Lemon feels intentional. It feels just shy of Fox News punditry.