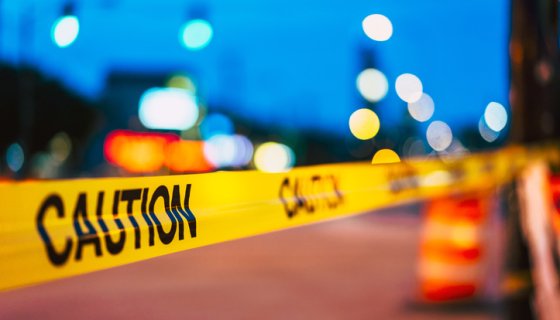 An aspiring Chicago struggle rapper, Young QC, won’t see the light of day after he was found guilty of hiring a hitman to kill his own mother.

The rapper born Qaw’mane Wilson was the only child of his mother Yolanda Holmes. He was reportedly spoiled by his mother who bought him anything he wanted which included, clothing, jewelry, and tha Ford Mustang that he paraded around the city in.

That wasn’t enough for Young QC and according to The Chicago Sun-Times, QC (23 at the time) made the decision to hire a hitman to kill his mother so he could cash in on her insurance policy. Friday (January 31), Cook County Judge Stanley Sacks sentenced him 99 years in the slammer sanctioning the hit. The shooter, Eugene Spencer was blessed with 100 years.

Per The Chicago Sun-Times:

The word is ‘matricide,’ meaning murder of one’s own mother,” Sacks said as he stared down from the bench at Wilson and Spencer.

Spencer rode with Wilson’s girlfriend to Holmes’ apartment in Uptown in 2012, and shot Holmes as she slept in her bed, then struggled with Holmes boyfriend, knocking him unconscious, then returning to stab Holmes after a phone conversation with Wilson, who told him to “make sure the bitch is dead.”

Wilson later collected the money in his mother’s bank accounts, and in the months after her death used the cash to customize the Mustang she had given him with gull-wing doors.

If you needed even more proof of his buffoonery, there is a YouTube video of QC withdrawing a large sum of money and throwing it people who he claims were his fans. Of course, they used it as evidence against him in court.

Now 30, Wilson “merely nodded” according to the Sun-Times as the judge read his sentence. When asked if he had anything to say he added “I just want to say, nobody loved my mother more than me. She was all I had. That’s it.”