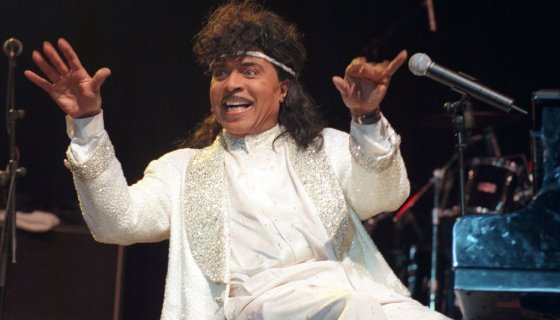 Rock music owes a large debt to a cadre of Black musicians who helped influence and shape the genre’s early sounds. is rightfully considered a founding father of Rock and roll, and the music world is gathered in mourning the talented legend.

According to the singer’s son, Danny Penniman, Little Richard died Saturday morning (May 9) at his Tennessee home surrounded by a few family members. Little Richard had apparently been sick for months but the details of his illness are not known.

Little Richard was born Richard Wayne Penniman on December 5, 1932, in Macon, Ga. He grew up in a large, poor family that held fast to religious conviction with his father not approving of his musical dreams or ual preferences. As a teenager, Little Richard won a local talent show, which led to a record deal with RCA in the early 1950s.

Fame didn’t come immediately for Penniman, and it was during a down period as a dishwasher that luck would strike after he sent a demo of some songs he tinkered with to Specialty Records in Chicago, Ill. One of those would be the career-shifting hit “Tutti Frutti,” a major crossover hit enjoyed by both Black and white audiences. From there, hits like “Long Tall Sally” would follow and it was non-stop for Little Richard in a brief period between 1955 and 1957.

With his fame soaring, Little Richard had a religious awakening and stepped away from secular music, releasing a gospel album in 1959. With the hits no longer coming in, Little Richard contained to create music and release albums in the vein of his former work but nothing connected. In the 1970s, Rock was surging and Little Richard managed to eke out a touring career that sustained him and his fame, along with inviting the demons of drug addiction and other issues.

Because of his look, Little Richard courted opinions of his uality although he never came out as gay. He even denounced the lifestyle during an interview in 2017 despite saying in a previous interview in 1995 with Penthouse that was he was “gay all my life.”

Among his many honors, he was one of the first 10 inductees of the Rock and Roll Hall of Fame in 1986 and was also given a Grammy Lifetime Achievement Award in 1993. Little Richard has also been inducted into the Songwriters’ Hall of Fame, the Apollo Hall of Fame, and the Rhythm and Blues Hall of Fame among many other honors.

James Brown got his big break as a Little Richard impersonator. Hendrix got his start playing guitar in Little Richard’s band. The Beatles formed around his work. Bob Dylan and Freddie Mercury began with his music. It’s impossible to overstate Little Richard’s influence.

Rest In Peace To One Of The True Creators Of Rock And Roll. This Is The Commercial I Directed With Little Richard And Michael Jordan, 1991. pic.twitter.com/51bEV1eYKB

The Mount Rushmore of Rock and Roll:

Rest in peace to the originator, the architect — Little Richard. People often laughed when he said, “They never gave me nothing” but it was FACTS.

See the clips below. pic.twitter.com/grYwR3kSiW

God bless little Richard one of my all-time musical heroes. Peace and love to all his family. 😎✌️🌟❤️🎵🎶💕☮️ pic.twitter.com/H2lzKbX3tm

Put some respeck on the creators. 'Do it well or not at all.' Periodt. pic.twitter.com/IULu6ABfZo

One of the all-time great clips from Little Richard… pic.twitter.com/O8SArV3rCC