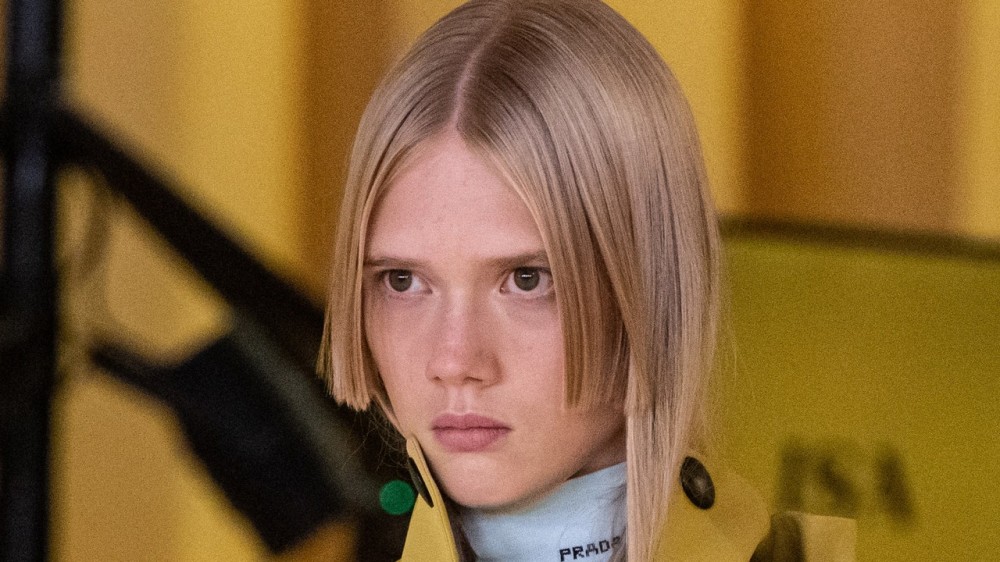 The time is (almost) upon us: Tomorrow sees the streaming of the inaugural menswear presentation at Prada since its election of Raf Simons as co-creative director alongside Miuccia Prada. The prospect of these two unimpeachably distinct design voices harmonizing via the instrument of men’s clothing raises a landslide of tantalizing questions, including: will Simons’s personal uniform inform this collection as Prada’s did September’s womenswear? Will this creative intercontamination—Prafda, if you will—be signposted by adapted samples drawn from their back catalogues? And perhaps most fundamentally, will it fire the minds of a fresh generation of Pradaphiles?

We’ll have to hold out just a little longer for the answers. But thanks to Runway’s Milan-based cousin L’Uomo Vogue, there is a Simons-based pre-show starter to savor in the meantime. L’UV has just published a new interview between Raf and the curator Francesco Bonami. The two men go way back, and co-edited 2003’s seminal Simons title The Fourth Sex. That familiarity results in a free-wheeling dialogue that delivers fresh insight into the process that fuels Simons’s work, a process the designer describes at one point as: “questioning myself and the way to communicate the results of certain real and invisible dialogues.” Here are a couple of key takeaways.

Raf does not follow a method, but he does pursue a process.

Raf Simons: “Everything is in the game automatically. The one thing that has changed is that the initial naivety has completely gone. I can’t just use what I feel is right—someone has to sort it out first to see if it can be used or not. Back in the day I used a lot of writing. It was important to me no matter where it came from. Now I write myself, or if I use messaging I collaborate with people I’m very much connected to. Miuccia Prada was very interested in this way of using language, which was very much the grounding of my brand, and really wanted to crash it together with the first collection. That’s why we got in touch with Peter De Potter, who’s an incredible writer and thinker.”

RS: “I was also thinking about the secondary market around some of my garments which is going crazy and making me really wonder. What should I think about my Riot Riot Riot camo bomber from 2001 being bought for almost $50,000? It’s absurd!”

One thing that Raf has learned from Miuccia is that it’s never too late to start again.

RS: “Working with Miuccia made me realize that you can be even more open—to the point where you can get an idea a few hours before the show and if it’s possible to realize it, it’ll be executed. I thought my brand was extreme in this way of operating, but I found a very good match with Prada…”

Raf believes there are four key ingredients for sustaining “a young mind, no matter the person’s age.”

Especially enlightening is this conversation’s unwrapping of Simons’s sense of himself as a “bridge,” whose work and references create the potential to catalyze “an aesthetic reaction to the system.” Rejecting the suggestion that he is an influencer, he ascribes himself a role both more passive and profound. This latest addition to the repository of Raf Simons writings is published in full here.