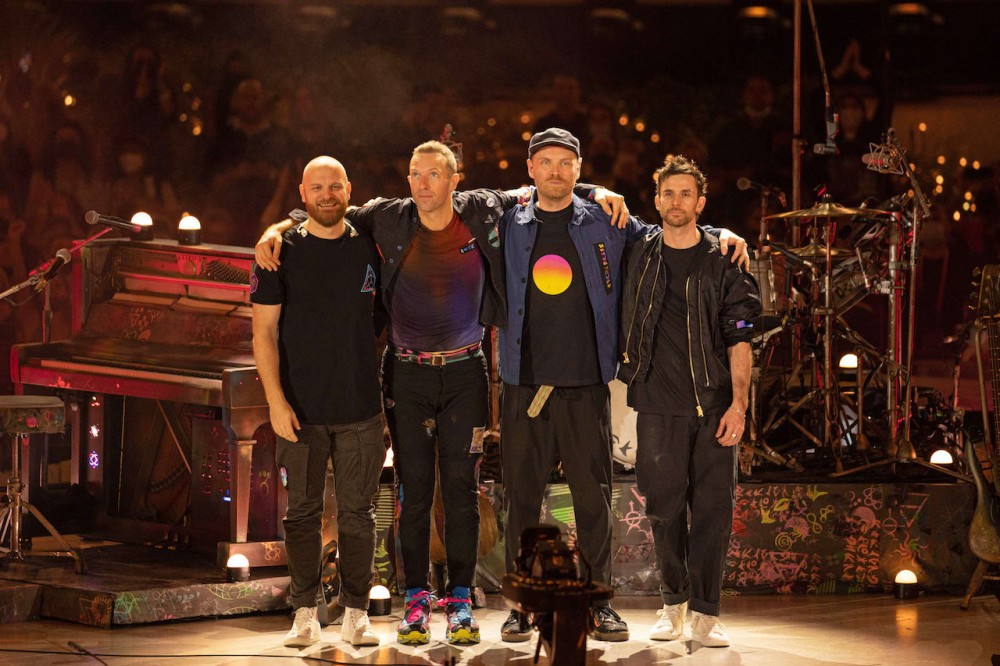 If you’ve been following the Mexican entertainment headlines, you know that Coldplay has been in them for a while now in light of their shows in Mexico City. From paying tribute to iconic Latine artists to inviting their beloved autistic fan Huillo to perform on stage with them to even recording a music video during their performances, let’s just say that the British rock band has been making the most out of their time in the country.

In doing all of these activities, they’ve significantly stayed longer in the country compared to other tour dates. And, of course, the unapologetically hilarious Twitter-verse has caught on to the band’s lengthy Mexican tour leg. After six years of not performing in Mexico, the Internet can’t help but to poke fun at the band’s long presence in the country.

A Twitter fan posted: “Coldplay has been in Mexico for so long that when they arrive at the taco [stand] they are asked ‘the usual, güerito?’”

Mexican fans were unstoppable once they noticed that the trend was doing the rounds online. Another user posts: “Coldplay has been in Mexico for so long that they are going to have their own episode of La Rosa de Guadalupe.” For those who are unfamiliar with the series, the show is known to recreate pop culture moments in the most dramatic way through a traditional, conservative Mexican POV.

“Coldplay has been in Mexico so long that they have already added ‘cabrones’ to the song ‘Viva la Vida,’” another user posts, giving a nod at the commonly used “Viva Mexico, cabrones” slogan. Y’all, the amount of entertainment that Twitter provides is incomparable to other apps.

“Coldplay has been in Mexico so long that Chris Martin is already dating Belinda and got a tattoo of her name,” a user taunts about the Mexican pop singer who is known for having past lovers tattoo themselves for her.

Other Twitter posts that had us laughing throughout the day are the following. We wish we could post them all!

What can we say? We love Coldplay and the Internet forever.