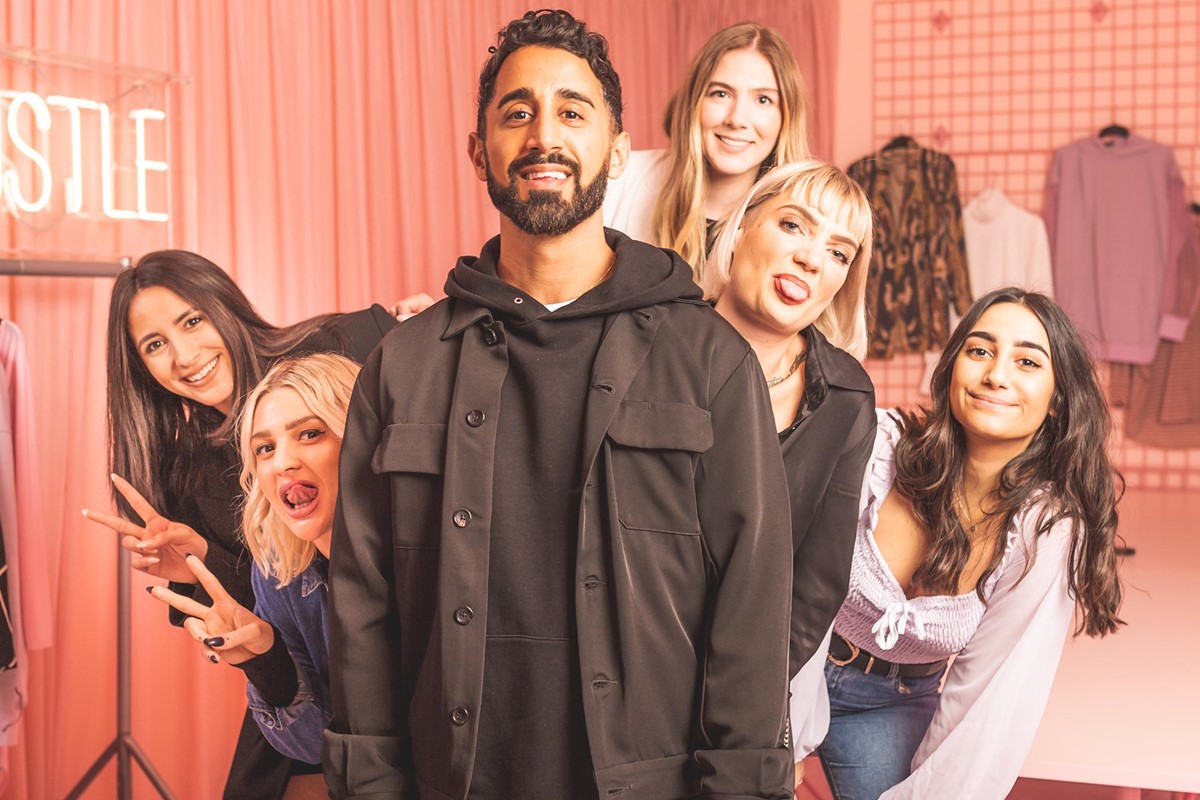 Channel 4’s new doc paints the brand as an empowering workplace where women run the show, but completely neglects to explore the experiences of those actually making its clothes

“It might be owned by a man, but it’s definitely us who run the show,” says Olivia Walker, Missguided employee and narrator of the new Channel 4 documentary, Inside Missguided: Made in Manchester. Missguided is the fast fashion brand infamous for its £1 bikini, celebrity collaborations, and risqué advertisements – which have been subject to ASA bans. The series, which began airing last night, takes us behind the scenes to meet its majority female workforce who call the shots.

“Me and 229 badass bitches work our arses off 24/7”, Walker tells us, against shots of the teams shooting on location, fitting models, running campaigns, and making important phone calls. What’s conveniently missed, however, is that CEO Nitin Passi, as well as the Chief Product Officer, Chief Growth Officer, Chief Operating Officer, the IT Director, the Head of Sourcing, and many other top-level executives are all men, helping explain the brand’s 46 per cent pay gap in favour of men reported in 2019.

Nevertheless, female empowerment is the theme of the show. Striking in its similarity to the BBC’s fly-on-the-wall fast fashion documentary, Breaking Fashion, viewers are primed to watch through a lens of admiration for the Missguided “boss babes” as they negotiate influencer collabs, churn out celebrity-inspired looks at lightning speed, jetset around the world for shoots, and ‘make shit happen’ in order to bring the brand back from its ‘savage’ £26 million loss in 2018.

Glaringly absent in all four of the series’ episodes is any real consideration for the majority female garment workers that fast fashion brands owe their success to. This context is sorely lacking, especially considering the often desperate situations of such workers have been in the headlines recently: as the coronavirus caused sales to slump, major retailers quickly cancelled orders and refused to pay for stock that had already been manufactured (and shipped, in some cases), leaving garment workers with no income.

Missguided hasn’t been named or implicated in these claims but Worker Rights Consortium’s COVID-19 Tracker shows many brands, from Topshop to Primark, still haven’t paid, leaving many garment workers facing an uncertain future, with some reportedly unable to afford food. Leaving the context of the wider reality of fast fashion out of the equation against this backdrop plays like wilful ignorance, and although Channel 4 states the brand had no editorial say in the series, the insider voice narration leaves little room for any true exploration of the ethics of the wider fast fashion industry.

“The series is Trumpian in its antagonism. It’s propaganda,” says Lucy Siegle, journalist and author of To Die For: Is Fashion Wearing Out the World?. “It’s a fictitious portrayal of aspiration and consumerism. It’s upholding this business model and there’s no scrutiny.”

Disembodied suppliers in Pakistan and China are tasked with making and shipping samples in a matter of just a few days – no mention is made of the pressure the workers may be under or what kind of conditions they’re working in. Instead, we’re supposed to cheer when a buyer knocks the price per unit of a dress down from £7.75 to £7.40. “Shelley’s done a great job of getting it for £7.40. Nice one girl,” the narrator says.

“Buyers are being portrayed as heroes,” says Siegle. “In episode one, we see the haggle. That is a serious supply chain issue but they’re made into cutesy format points, wrapped in a veneer of female empowerment.” Low prices are the name of the game for Missguided to make a profit, but in the very same episode, we witness the brand offer Love Island star Molly Mae £350,000 plus an £80,000 car. Seemingly, some women are worth the investment.

While workers overseas are mere ghosts in the documentary, Missguided does eventually address its ethics and sustainability in a carefully managed way during episode three, obviously cognisant of the fact that its history of garment workers in supplier factories being paid £3 per hour couldn’t be swept aside. “In 2017 we were one of a few companies caught up in a scandal linking us with unethical practices,” is the extent of the confession. Passi was invited to give evidence on the subject at a parliamentary hearing in 2018 but declined to attend.

“The series is Trumpian in its antagonism. It’s propaganda. It’s a fictitious portrayal of aspiration and consumerism. It’s upholding this (fast fashion) business model and there’s no scrutiny” – Lucy Siegle

Prior to filming, “We ensured we did our due diligence to ensure that Missguided had changed their working practices,” a representative from Channel 4 said. “Missguided lays down strict guidelines for suppliers based around the Ethical Trading Initiative’s code”. According to the brand’s website, those updated working practices include “treating all workers in the supply chain with fairness, dignity, and respect”, ensuring working conditions are safe and acceptable, and that suppliers demonstrate care and concern for people and the environment.

To illustrate this, we follow the brand’s head of ethics as he scouts out the standards at Basic Premier in Leicester, the city which has been at the heart of the so-called dark factories scandal, which has emerged again in recent months, where a handful of fast fashion brands’ manufacturers were found to be paying less than half the legal minimum wage. Basic Premier was certainly a savvy choice to include in the documentary given that owner Mick Cheema has been featured as a spokesperson for ethical UK manufacturing by the likes of the Financial Times in the past.

A second visit from CEO Nitin Passi, who started the business with a £50,000 loan from his father, has the air of the performative and runs counter to his comments blaming consumers for Missguided’s brand of hyper-consumption rather than taking on even a share of the responsibility. “If we don’t do it, someone else will do it,” he says.

The brief aside pays lip service to their past misdemeanours and the fact that fast fashion perpetuates a business model which activists claim is taking a huge toll on the environment. The lightning speed production and consumption of fashion sends 350,000 tonnes of textiles to landfill each year in the UK alone, using up 93 billion cubic metres of water per year, and accounts for 10 per cent of global carbon emissions each year. At the “monthly staff recycling event”, aka the sample sale, we see employees walking away with plastic sacks full of clothes, no mention of what happens to what’s left over or how many clothes one person can feasibly need.

There’s no doubt that the women who are at the heart of this documentary are good at what they do. Treasure, senior creative and the standout star of the show, clearly cares deeply about her job. Her role at Missguided was beyond her wildest dreams when she left education at 16 and she and many of her colleagues have achieved dream careers. (Although Siegle notes that with sweeping layoffs in recent history, the staff may not necessarily have the “security and empowerment that they think they do”).

The programme’s vision of female empowerment, imbued with “drinking pints, swearing, and getting (their) tits out”, is solely aligned with western success and a specific – namely white – type of woman. Essentially, it feels like an outdated throwback to the corporate ‘girlboss’ feminism that dominated, and peaked, in the 2010s, before it was found wanting for any real substance or semblance of inclusivity.

Ultimately, this documentary feels less like a celebration of female empowerment and more like a piece of brand-led propaganda for fast fashion, tacitly championing the exploitation that fashion activists argue it engenders. Dazed’s recent Monomass report found that Gen Z identifies the environment as one of the issues they care deeply about – with 75 per cent saying they’ve recently changed their consumption habits. By missing the mark with its approach (or lack thereof) towards sustainability and ethics, Inside Missguided is proof that mainstream TV lags years behind popular culture and opinion. If you’re reading this, commissioners, how about a Depop doc next?

Watch Inside Missguided: Made in Manchester here.