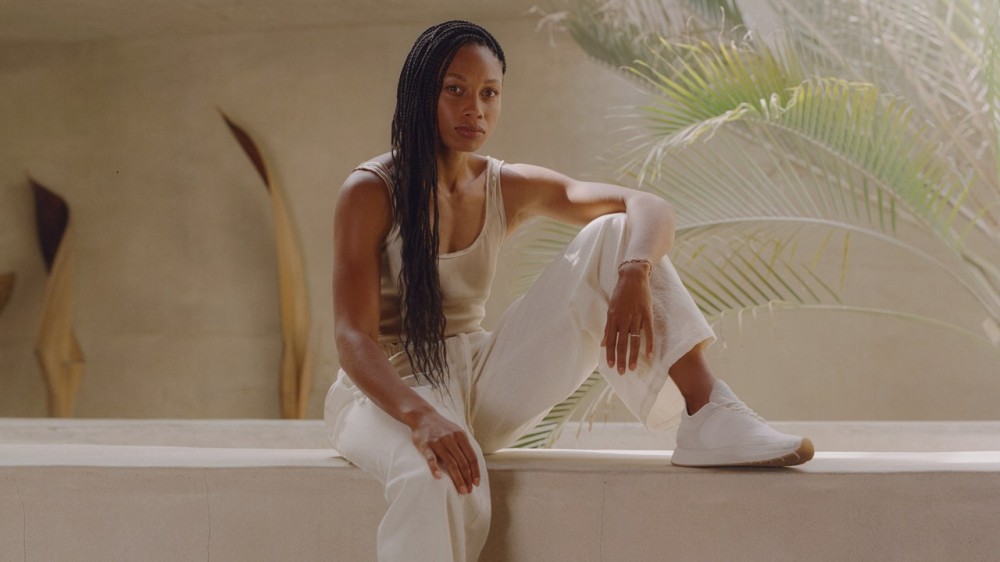 The preparations for the Tokyo Olympic Games are well underway. This weekend, American athlete Allyson Felix, who has nine medals and is one of the most-decorated track-and-field Olympians in its history, qualified for her fifth Games. This summer, she’s expected to compete in the 400-meter category—her last time competing at the Olympics, and her first time competing as a mother. “I want to show my daughter, Camryn, that we do things with character, with integrity, and that we don’t give up,” Felix tells Vogue of qualifying. “I’m proud to have fought to make it to this moment.”

Felix gave birth to her daughter, Camryn, in 2018, and she has since been candid about her recovery and struggles while returning to training. In 2019, she broke up with her then sponsor Nike due to the circumstances related to her childbirth, sharing in a powerful New York Times op-ed that she faced a 70% pay cut in her sponsorship because of it. “During my pregnancy, I faced a gender injustice that I couldn’t run from,” she tells Vogue. “My employer [Nike] did not support my maternity in a way that I could be proud of.” With no big shoe sponsor this year, Felix decided to take matters into her own hands. But instead of finding the right performance shoe, she decided to channel her frustrations into creating an athleisure sneaker under her new brand, Saysh.

The brand launches with their Saysh One sneaker, which retails for $150 and is currently available for preorder. Felix wanted its design to be comfort oriented, more athletic inspired than a true performance style, but still elegant in look. “[It] was inspired by the lines of a wrap dress, which create feminine shapes through a flowing design,” Felix says of the shoe’s sleek, low-top silhouette and flattering curved lines. “The drapes of a wrap dress are also reminiscent of lines that denote a running track. We wanted to bridge the worlds of the professional and the casual, and create a sneaker to accompany women whenever and wherever.” She adds that being a professional athlete certainly helped shape the design process. “Typically in footwear, shoes are built for men, sized down, and recolored for women,” she says. “We understand the true proportion and need of a woman’s foot.”

The sneaker is seen in such colorways as white and black in the brand’s first official campaign, titled “I Know My Place.” For Felix, the campaign—which features Felix and models wearing the sneakers around a serene beach setting—had a personal message that is just as meaningful as the brand’s inception story. “Like so many of us, I was told to know my place, that runners have to run,” she says. “This is a similar experience for many women, who are often shrinking themselves to fit into roles or spaces. This campaign reminds us to take up space—to live in our greatness and fight for what we believe in.”

She hopes Saysh will offer athletes (professional or not) pieces that reflect strength and femininity. “At Saysh, women are at the forefront,” she says. “We’re designing products for women, by women, and we pride ourselves on having an equitable, majority-women team.” She will also be launching the Saysh Collective, a digital subscription ($10 a month) that offers consumers workout videos, networking opportunities, and more. She wants to build a community of women who, like her, are dominating sports and looking good doing it. “For me, this brand represents so much more than simply the shoes we wear or compete in,” she says. “It represents hope, acceptance, and the power to create change.”