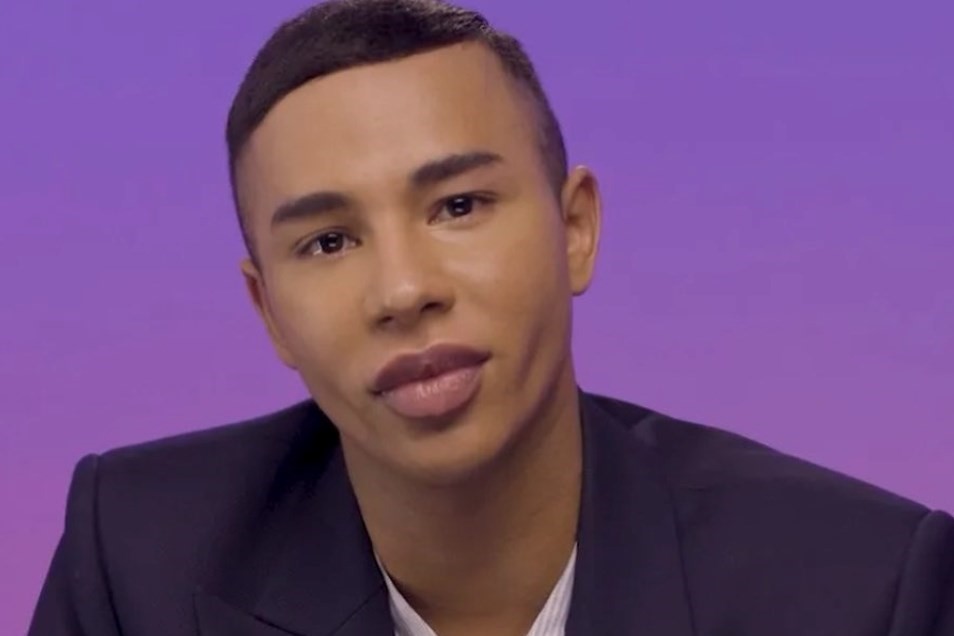 “I’ve been hiding this for too long and it’s time for you to know,” Olivier Rousteing announced on Instagram this weekend, posting a picture of himself in a full body cast with facial burns. As the designer explained, the photo had been taken a year ago after he woke up in Paris’ Saint-Louis Hospital following a fireplace explosion at his home. “I did everything to hide this story from as many people as possible,” Rousteing continued, noting how he had hidden his injuries from his friends and colleagues with face masks, scarves, roll necks, and rings.

“To be honest I am not really sure why I was so ashamed, maybe this obsession with perfection that fashion is known for and my own insecurities,” he said. As Rousteing recovered over lockdowns, the designer described how he would distract himself with work, “trying to keep the world dreaming with my collections”. His SS22 show, which took place earlier this month, marked Rousteing’s ten year anniversary at the helm of Balmain, and there was more to the collection than Beyoncé voice overs and supermodel features.

“My last show was about the celebration of healing over pain,” he added, before uploading a separate video, which showed models walking in clingy dresses made of strips of latticed fabric – which had been wound around the body like bandages, unravelled and flailing at the hem. “I remember when they took out all my bandages it felt FREEDOM,” Rousteing said. As sympathy messages flooded in from the likes of Kim Kardashian, Cardi B, Donatella Versace, Karen Elson, and Cindy Crawford, the designer concluded: “there is always the sun after the storm”.