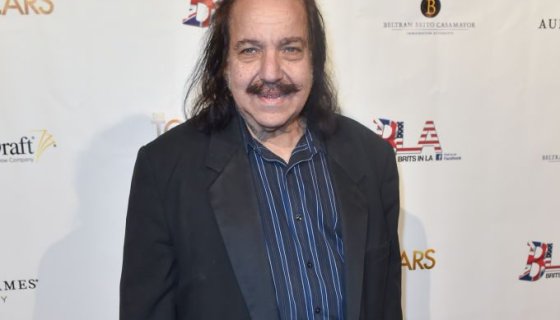 Ron Jeremy, a star who rose to fame in the 1980s, has remained one of the adult industry’s most recognizable and beloved stars. However, Jeremy is now facing charges of ual assault dating back to 2014, and this isn’t the first time for the award-winning performer.

According to a report from The Los Angeles Times, Jeremy, 67, has been accused of ually assaulting four women dating back to 2014. The charges thus far are three counts of forcible rape, and one count of forcible oral copulation and ual battery as reported in a release from the Los Angeles County district attorney’s office.

In 2016. Jeremy was the center of a rape allegation but the charges were not pursued due to a lack of evidence according to a memo connected to the case. In that matter, a woman claimed that after heavy drinking, Jeremy coerced her away from the group of people she was with and carried out the crime.

Jeremy is due to appear in court in Los Angeles today. If all the charges are applied, Jeremy could be sentenced up to 90 years behind bars.

Over the course of his decades-long career, Jeremy has won several awards, including an award from The Free Speech Coalition, which presented him with the Positive Image Award in 2009, which the group has since taken back after news of the allegations sprung forth. Jeremy has denied the claims made about him in past interviews.

Reactions to the news are listed out below.

Ron Jeremy was arrested and charged for ually assaulting 21 fewer women than trump.

That moment when you see Ron Jeremy is trending and for a second you think he died and then you see why he's trending. pic.twitter.com/fuQou5JRr5

Me curious why the hell Ron Jeremy is trending vs seeing why. pic.twitter.com/BK9bj0tBw1

Sex workers have been speaking up about Ron Jeremy for a while. Next up: James Deen? Brunodickemz? pic.twitter.com/icvbpa1AhS

When you see "Ron Jeremy" trending and think "Do I REALLY want to know why?". pic.twitter.com/9ffiWS8lX9

Donald Trump when he sees why Ron Jeremy is trending…

Donald Trump is the Ron Jeremy of Jeffrey Epsteins.