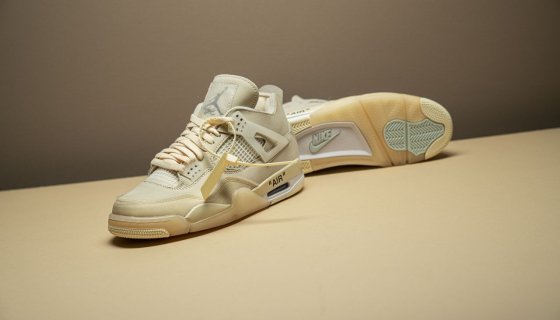 Virgil Abloh became something of a after losing a lot of respect from his fans and followers after donating a paltry $50 dollars in support of the Black Lives Matter movement. As cancellations never truly last, fans are re-canceling the popular designer after striking out on his with the Air Jordan brand.

The Off-White X Air Jordan 4 “Sail” sneaker dropped Saturday (July 25), and immediately fans began striking out on grabbing a pair while shoe-shopping bot accounts bragged about their finds and resell value. With the Ls firmly in hand, Nike, SNKRS, and Abloh himself began catching strays on Twitter as a result.

The jokes have been flying all day on Twitter with some noting that they thought support fo Abloh’s brand was no longer a thing after just putting a Virgil down for the cause. We’ve got some of the funniest reactions listed below.

Wait y’all are up in arms because y’all weren’t able to get Virgil Abloh sneakers?? I thought- pic.twitter.com/VGWokx6B2Y

Them: Virgil is cancelled

Also them when Virgil drops some new shoes: pic.twitter.com/u63YDw7I9O

The Mfs who “canceled” Virgil but were up bright and early trying to get the Off White 4’s pic.twitter.com/jfM9AKGWMG

Niggas supposed to be boycotting Virgil yet mad they ain’t cop his shoe……….. pic.twitter.com/JLKGZr7Yqe

Kinda sad to see people not standing their ground about not putting money in Virgil pockets anymore because you like a shoe… to each their own tho.

WAIT I THOUGHT VIRGIL ABLOH WAS CANCELLED…. YALL WAS PRO BLACK TIL SOME OFF WHITES DROPPED HUH? LMAO ALL YALL FAKE ASS WOKE BITCHES AND NIGGAS ON TWITTER NEEDA START SHUTTING THE FUCK UP.

Why y’all mad ? I thought virgil was cancelled ?? pic.twitter.com/RStr0caRWy

FUCK THE SNKRS APP!! FUCK VIRGIL!!! FUCK NIKE!!! FUCK THIS!! i’m switching to skechers 😤i’m tired of taking all these Ls in my life 😔 pic.twitter.com/nOYu30lABk

I guess I’m just going to have to rob people on the streets rocking their Virgil Off Whites 4’s, SNKRS app giving me no choice pic.twitter.com/LMa1yNBdeR

We catching this SNKRS L as a family?

Me everytime a shoe drops on the Nike SNKRS app pic.twitter.com/eoohgHsb65

Me on my way to take another L on the SNKRS app this morning for the Off-White 4s pic.twitter.com/O6Y81JznbR

When the SNKRS app screen for the Jordan off white 4s says “ pending “ for over 3 minutes pic.twitter.com/SQ1SxKSQHx