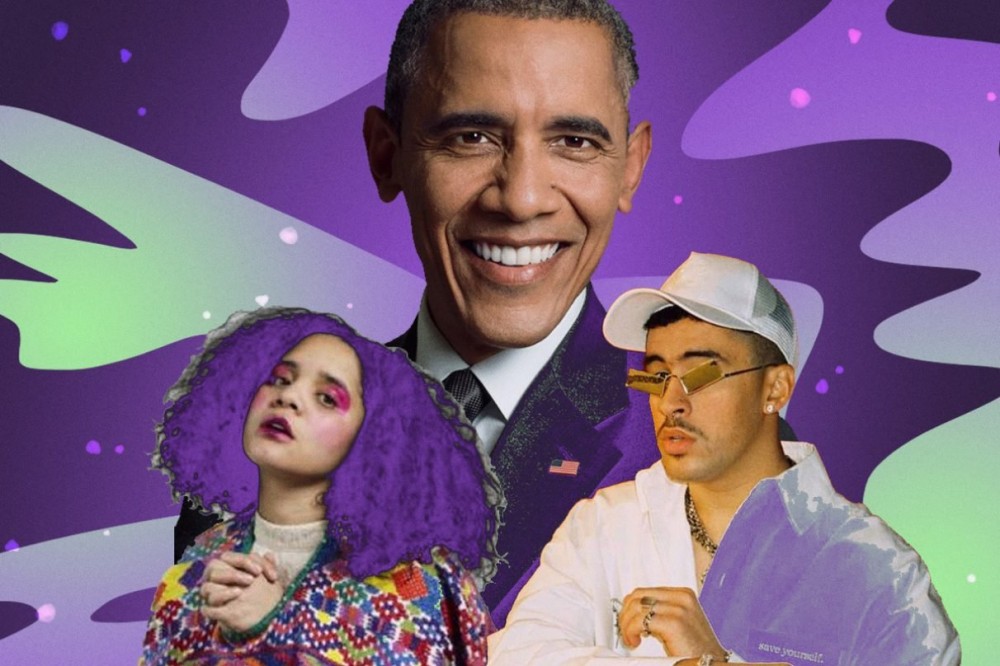 Former President Barack Obama has released his annual Favorite Music of 2020 music list, and yet again, our favorite former leader has shown he has some pretty fantastic taste.

From country to Afro-Colombian EDM, Obama’s annual list spans many genres and overlooked gems. On his Instagram post, he credits his “music guru” daughter, Sasha Obama, for helping him out to find such gems. “Here are some of my favorite songs of the year. As usual, I had some valuable consultation from our family music guru, Sasha, to put this together,” Obama wrote. “I hope you find a new song or two to listen to.”

Some of the selections included on Obama’s list are chart toppers like Megan Thee Stallion and Beyoncé’s “Savage Remix,” H.E.R.’s “Damage,” Lipa and DaBaby’s “Levitating.” He also includes hits “La Difícil” by Bad Bunny, as well as queer feminist Canadian-Colombian Lido Pimienta feat Li Saumet’s “Nada,” a song about the power and strain of motherhood.

Obama’s “Favorite” lists have become one of the most anticipated in pop culture and he doesn’t stop at music. His Favorite Books of 2020 include The Undocument Americans by Karla Cornejo Villavicencio, and making his Favorite Movies & TV Shows of 2020 is Netflix’s The Queen’s Gambit, which is led by Argentinian-American Anya Taylor-Joy.

The annual “fun little tradition” started a few years ago and has only grown. While his lists in the past were smaller in selection, they are now separated into mediums, making it much easier for his followers to join in the discussion.