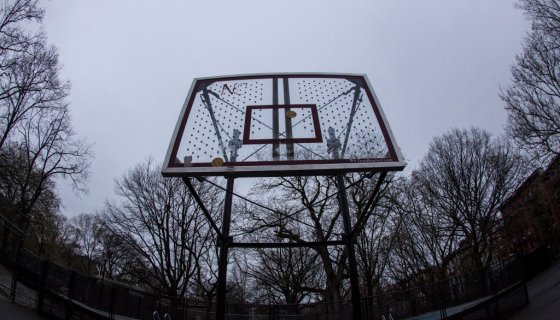 NYC is really serious about to hammer home the point has begun removing the rims from iconic basketball courts around the city.

Due to some knuckleheads not taking the social distancing order seriously, New York City Mayor has taken a drastic step to ensure folks are staying home. He ordered that the rims be removed from 79 parks, including the historic Rucker Park be removed to keep people safe.

Of course, some NYC residents are not feeling the mayor’s decision. Speaking with NY1 News, one woman voiced her displeasure with the removal of the hoops stating:

“I know we have something serious going on. We have a virus, and it’s getting a lot of people sick, especially in NYC, but the kids need stuff, they need activities.”

“I can see that they are doing it for people’s safety and health, but I just think it’s unfair, a 17-year old girl said.

The mayor made the announcement on Wednesday (Mar.25) and stated he made his decision based on information he received from the NYPD and NYC Parks Department. During a press conference, he announced that those particular courts made onto his list because people there were not heeding his warnings to avoid any activities where people are close contact with each other.

“What’s not fine anymore is any kind of basketball game between people who do not live under the same roof, because, let’s face it, it’s a contact sport, people are going to get close together, it creates a danger.”

While the reception to de Blasio’s decision has been mixed, there are people on his side. One man speaking with NY1 understood why the NYC Mayor took such drastic action saying:

“Some people aren’t taking this serious, and playing basketball seems like a really dumb idea at a time like this with the virus. You’re touching a ball, you’re not six feet apart.”

The mayor did announce that the rim removal is currently on a trial basis but did warn if people continued to play basketball despite warnings, he will consider closing 1,700 courts in the five boroughs.

That would be the ultimate technical foul.