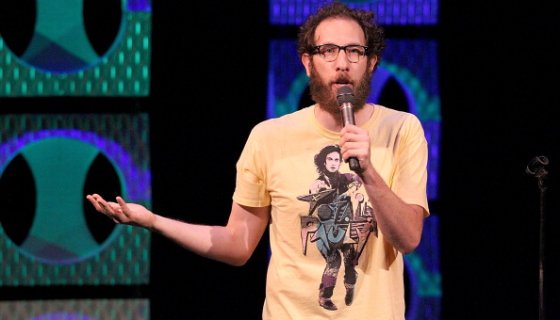 hasn’t even been buried yet, but these people keep the ill-timed comments coming. Comedian Ari Shaffir’s upcoming comedy show at an NYC comedy club was canceled after he called a Bryant a rapist just hours after his death.

The struggle comedian was set to perform at the Kips Baby venue on Tuesday, but that will no longer the case after the club received threats following a tasteless joke he tweeted about the Lakers legend stating:

“Got away with rape because all the Hollywood liberals … enjoy rooting for the Lakers more than they dislike rape. Big ups to the hero who forgot to gas up his chopper.”

In response to the joke, the club said nah to Shaffir and filed an aggravated-harassment report with authorities over the threats issued to them. Following his show being canceled, Shaffir took to Instagram to explain that it was “just a joke and breaking down his history of making light of dead celebrities in the name of humor.

“I’ve been doing it for years now. I like destroying gods. And right when a famous person dies they’re at their most worshipped. So as a response to all the outpouring of sympathy on social media, I post something vile. it’s just a joke. I don’t really hate any of the people.”

Shaffir’s headass tweets also got him dropped by his talent agency. This news follows a who was initially suspended for her Kobe tweets, but after over 300 of her colleagues complained, she was reinstated.