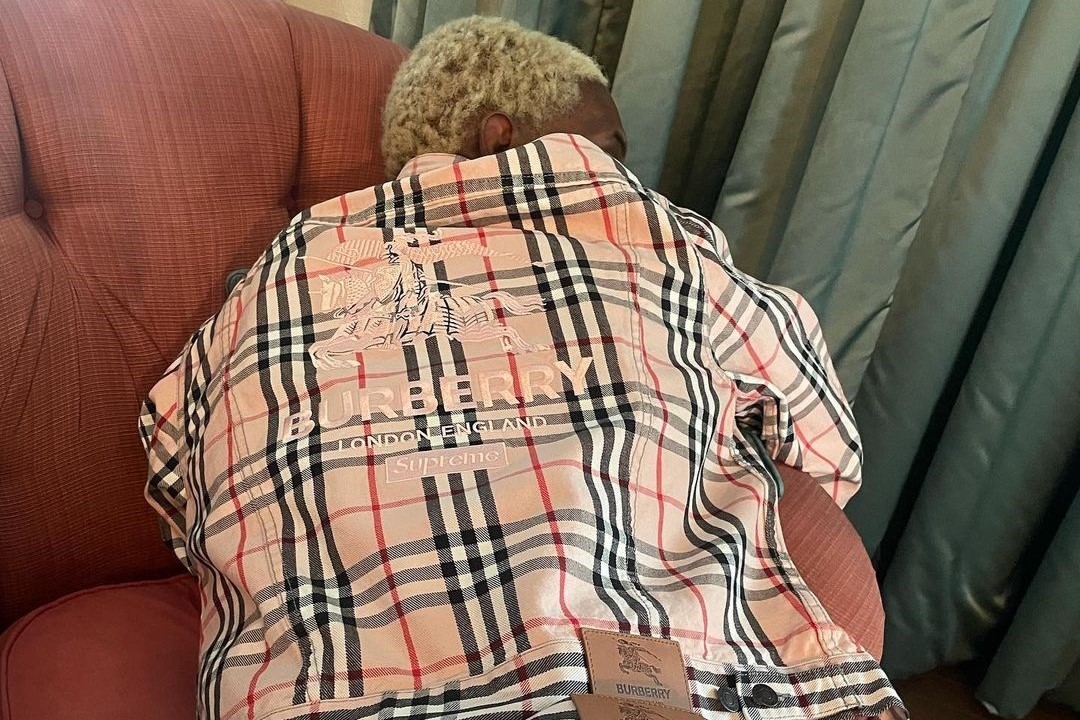 Well, it’s happened. Rumours surrounding a possible Burberry and Supreme collaboration have been fizzing on the lips of fashion insiders for the best part of a month – but all that hearsay has just come to a rolling boil as A$AP Nast uploaded a photo of himself decked in the blush-toned hookup. Pictured in a denim two piece, embroidered with an enormous horse and a modest box logo, the news comes less than a week before Riccardo Tisci is due to debut Burberry’s AW22 collection.

Of course, collaborations are a well-worn instrument in Supreme’s hype-engendering toolbox. In the past year the label has joined forces with Tiffany, Shrek, and Duraflame, while emblazoning a New York subway train in pillarbox lettering – turning its attention away from private collectibles and towards public infrastructure. In short, there is simply no object that supreme will not wrap envelop itself around, even blessing $500 Bibles with its slanted logo.

Though Emory’s entrance into the label came after the Burberry collaboration had officially wrapped, all of this chimes with the designer’s approach to fashion, who utilises link-ups as a platform for education. Through clothing, the designer has relayed the stories of the Windrush generation, Black Seminoles, and his family’s experience of Harlem, Georgia – the latter of which, a project with Asics, was instigated by Emory’s lifelong friend and ex-Supreme director Angelo Baque.

As exciting as this may be, there are big shoes to fill, given that Supreme’s last high fashion partnership with Louis Vuitton in 2017 is remembered as a watershed moment in contemporary fashion – giving way to an industry-shaping culture of collaboration. The hypebeasts are clutching their Vivienne Westwood pearls as we speak (type/read). While details of the partnership remain scant for now, a cross-pollinated collection may, or may not, come together at Tisci’s upcoming show next week.