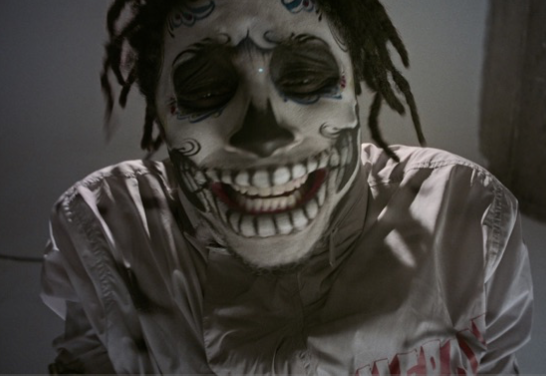 Earlier this year, actually during the height of quarantine, I had the pleasure of speaking with the young king, Note Marcato, who is the son of the musical genius Swizz Beatz. Whenever the spawn of a super star heads into the field of their parents, people tend to cringe and hope for the best. Yet, there is also the look of, “What if they win?” And that’s the lane that Note Marcato has in my eyes…what if he wins with the outlandish visuals and pure artist wave that he’s on?

Our talk was easy, yet very deep in the idea of self reflection and what the quarantine time did for spiritual reset and creative flows. He mentioned his previous work on music and how his feelings towards those efforts helped him make the project that he released today, BeachBum Limbo.

The project lifted off a few weeks ago with the video for his single, “Rafiki.” Now if you aren’t familiar with Marcato’s usual presentation, the face paint may throw you for a loop but check the techniq of the full vision, music, visuals, art, expression…it all comes together to fuel his ultimate mission, “I make music as if I’m trying to save the world.” The project which is 15 songs deep and was created in a special 10 day period, gives of the young man’s heart as he was finding out more about his creative process. “Normally your Marcato is the climax of a song or parts of it,” Marcato states. “So I wanted to try and make an entire album where every song is Marcato.”

Being a lover of the skies, nature and sound, Marcato uses BeachBum Limbo to define the life of now that can be explored later. You’ll get the notion once you take some time with the album. Be on the look out for the NUEVO interview shortly, but in the meantime rock with Note Marcato’s newest project on Epic Records right here.