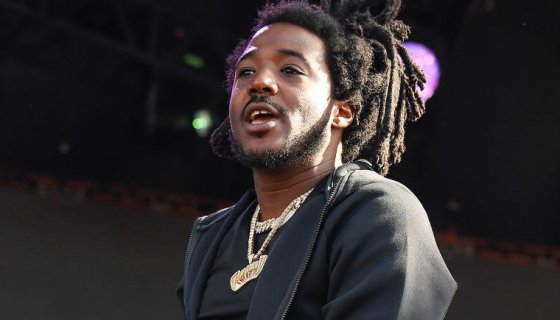 has been rapping since a teenager and has since become one of Hip-Hop’s most prolific and criminally slept-on acts. That lack of widespread notoriety might soon change if the response to his latest project Beyond Bulletproof continues to grow in size.

The Sacramento rapper had an especially active 2019 after dropping a series of collaborative projects with Raz Simone, Gunplay, Berner, and Tsu Surf along with a solo set. With Beyond Bulletproof, Mozzy is back to depicting chilling street tales and focused lyrics that never dete far from the block. And while the themes are often filled with tension and Mozzy’s world-weary vocal tone, there’s also descriptive bars and unexpected clever wordplay present as well.

Mozzy does much of the heavy lifting but well-placed features boost the project with appearances from Shordie Shordie, King Von, G Herbo, Polo G, Lil Poppa, Eric Bellinger, and more.

Although most of the attention is on some of Hip-Hop’s bigger acts that dropped on this New Music Friday, the release of Mozzy’s newest set of tracks saw the rapper’s name trending on Twitter with fans praising and approving of the direction on the release. We’ve got the reactions to Beyond Bulletproof listed down below.

Be sure to stream and support Mozzy’s Beyond Bulletproof below as well.

Album and new video just dropped!!!! MANDATORY SNATCH 🔥🔥🔥🔥🔥 S/O erybody that played a part in this gangsta shit!!!! I luv ya dearly ya hear me!!!! #BeyondBulletproof 🖤

🗣NEW MOZZY ALERT! And he got a Von feature on there. Might go to jail.

We listening to Mozzy not Drake 💯

There wasn’t a single disappointment on Mozzy album!! He did tfc outta thaaa @MozzyThaMotive

Mozzy gets An A+ on my album report. Whole shit 🔥