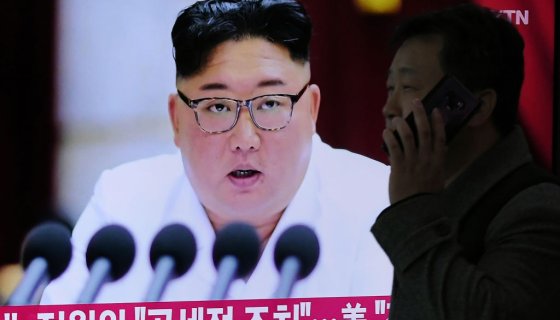 In a series of still-developing reports, the word is out that North Korea’s may have died or is nearing death. It appears the 36-year-old world leader underwent surgery when his health situation allegedly turned dire.

In a report from the New York Post, the outlet shared details from a vice director of Chinese outlet HKSTV Hong Kong Sattelite Television stating that the North Korean leader was dead. Earlier in the month, Kim received heart surgery and was in recovery when the reports began to bubble up in a nation outside his own.

Officials in China also claim that Kim’s condition or death was caused after the surgeon inserted a stent incorrectly due to having shaking hands. It was also reported earlier in the month by Japanese media that Kim fainted while visiting the countryside.

As the international chatter and rumors grow, social media has chimed in with their thoughts and reactions regarding the alleged death or poor medical condition of Kim Jong Un. We’ve got those reactions below. And because the Internet’s lack of chill is what it is along with Kim’s reported iron-handed rule, Twitter users are taking especially sharp digs at Kim under the hashtag #KIMJONGUNDEAD.

Check out a handful of those reactions below.

North Korean teenagers logging onto the internet for the first time #KIMJONGUNDEAD pic.twitter.com/XujgMdGT6B

Kim Jong un dead ?? I think we all know who did this.. #KIMJONGUNDEAD pic.twitter.com/Y6k4BULeyx

the surgeon on his way to south korea #KIMJONGUNDEAD pic.twitter.com/Lbqt9Xe6pE