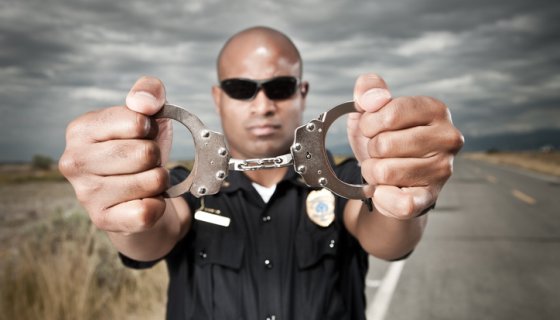 Two officers who work for have been suspended after being seen on video arresting the 2019-2020 sophomore class president. Verdant Julius was grabbed by the neck and thrown to the ground while walking into a dorm with two of his classmates.

The Winston-Salem Journal reports that Julius, a sophomore, was attempting to enter the Aggie Village residence hall when he and another male student were allowed inside the dorm early Wednesday morning. When their female companion was stopped, Julius asked the officers what the holdup was, he was threatened with arrest for obstructing an investigation.

This sparked an argument between Julius and the officers, with one of them threatening to use mace on him to which he responded, “You’re honestly ridiculous.” From there, one of the officers grabbed Julius by the neck and throws him to the ground and proceeded to handcuff him as he struggled slightly from discomfort. Julius was slapped with charges of resisting rest, delaying or obstructing an officer, and trespassing.

A student posted the 45-second video of the altercation, which has since gone viral and sparked a robust bit of discussion and outrage from both students and outside observers.

The Journal reported that the two officers were placed on administrative leave as the university investigates the matter. A petition launched by Mantryll Williams, who was one of the students that stood with Julius, is aimed toward’s the university’s police chief and already has 8,000 signatures and growing.

The petition asks that charges against Julius are dropped, have the matter addressed an official statement which includes disciplining the officers involved, and to enact a police review committee for students on campus.

The video in question can be viewed below.

#NCAT it’s fucking up. I know I don’t usually speak like this on the timeline but the campus police have gone too far pic.twitter.com/TzSEe6Ypc7